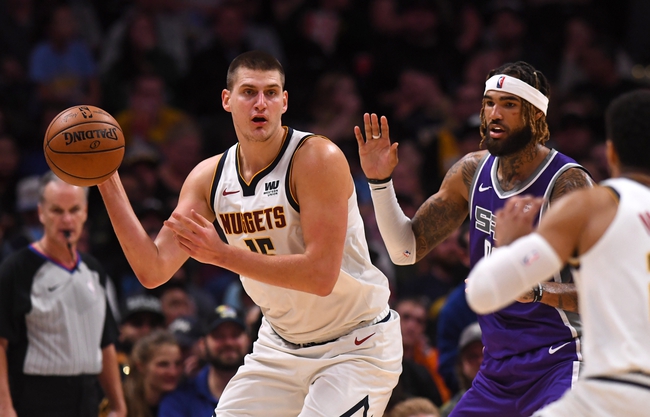 The Denver Nuggets pay a visit to the Sacramento Kings at the Golden 1 Center on Thursday night.

The Denver Nuggets have been in great form as they’ve won seven of their past nine games and they will be gunning for a fourth straight victory after sneaking past the Knicks in a 115-108 home win on Tuesday. Malik Beasley led the team with 23 points and five assists off the bench, Nikola Jokic racked up a triple-double of 19 points with 14 rebounds and 15 assists while Paul Millsap chipped in with 16 points and nine rebounds. As a team, the Nuggets shot 46 percent from the field and 12 of 34 from the 3-point line but they were actually in a battle with the Knicks right until they gained a bit of separation with an 18-9 run to start the fourth quarter. With the narrow win, Denver improved to 24-11 overall and 15-3 at home.

Meanwhile, the Sacramento Kings have been in a bit of a rut as they’ve lost five of their last eight games and they will be hoping to avoid a third straight defeat after falling to the Trailblazers in a 113-108 overtime loss on Tuesday. Buddy Hield drained five 3-pointers to lead the team with 27 points, Bogan Bogdanovic added 19 points and five assists off the bench while Nemanja Bjelica chipped in with 14 points and 16 rebounds. As a team, the Kings shot just 38 percent from the field and 11 of 33 from the 3-point line as they rallied in the second half to outscore the Trailblazers by 53-39 only to fall in overtime as they had no answer for Damian Lillard. With the tough loss, Sacramento fell to 19-18 overall and 10-8 at home.

The Kings were the surprise team of the early stages of the season but they’re currently in a funk with three losses in their last four outings so it’s no surprise that they’re underdogs at home in this one. The Nuggets have been one of the form teams of the league but they’re 0-5 ATS in their last five road games which is a concern. Still, the Nuggets are a healthy 6-1 ATS in the last seven meetings against the Kings and I think they can keep that trend going given how well Jokic has been playing lately. Give me the Nuggets to stay hot with a narrow win and cover here.