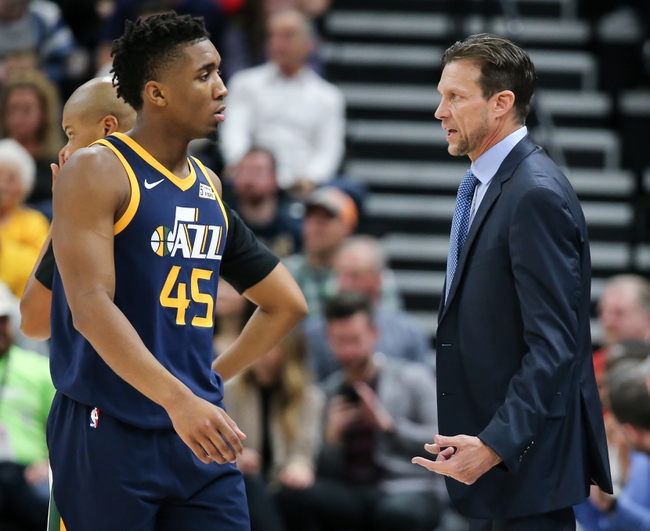 The Cleveland Cavaliers play host to the Utah Jazz at the Quicken Loans Arena on Friday night.

The Utah Jazz have been in decent form as they’ve won four of their last seven games but they will be looking to bounce back after falling just short in a 122-116 loss at Toronto on Tuesday. Jae Crowder drained five 3-pointers to lead the team with 30 points off the bench, Derrick Favors added 21 points, Donovan Mitchell scored 19 points while Rudy Gobert chipped in with 16 points on six of seven shooting. As a team, the Jazz shot 43 percent from the field and nine of 32 from the 3-point line as they fought hard to gain the early ascendancy against the Raptors only to lose control of the game in the third quarter where they allowed the Raptors to pour in 44 points as no one could slow down Kawhi Leonard who scored 45 points on 16 of 22 shooting. With the loss, Utah dropped to 18-20 overall and 10-12 on the road.

Meanwhile, the Cleveland Cavaliers have been in a major slump as they’ve lost nine of their last 10 games and they will be hoping to snap a seven-game skid after getting blown out by the Heat in a 117-92 home loss on Wednesday. Tristan Thompson returned from a nine-game absence to lead the team with 14 points, Rodney Hood added 13 points while Collin Sexton chipped in with 12 points. As a team, the Cavaliers shot 45 percent from the field and 13 of 31 from the 3-point line but this game felt like it was over by halftime after the Heat outscored the Cavaliers by 36-20 in the second quarter. With the loss, Cleveland fell to 8-30 on the season and 5-14 at home.

The Jazz have been playing a little better than their recent record suggests as they’ve been matched up against some of the better teams in the league in the Thunder, 76ers and the Raptors so they will be looking forward to some easier competition like the Cavaliers who have won just one of their last 10 games. The Jazz have been a mediocre road team all season, but they are 5-0-1 ATS in the last six meetings against the Cavaliers and I think they should cruise in this one.