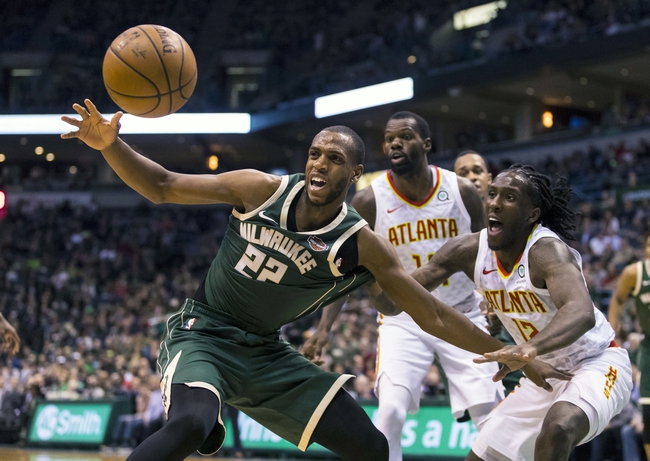 The Atlanta Hawks and the Milwaukee Bucks collide at the Fiserv Forum on Friday night.

The Atlanta Hawks have been playing well lately as they’ve won five of their past eight games but they will be looking to avoid a third straight defeat after falling to the Wizards in a 114-98 road loss on Wednesday. Alex Len led the team in scoring with 24 points and 11 rebounds off the bench while John Collins drained four 3-pointers to finish with 21 points, but the team needed more production from Trae Young who finished with just five points on two of eight shooting. As a team, the Hawks shot 42 percent from the field and 10 of 31 from the 3-point line as they cut a 14-point deficit to just one point in the third quarter before the Wizards blew them out in the fourth quarter. With the loss, Atlanta dropped to 11-26 overall and 5-16 on the road.

Meanwhile, the Milwaukee Bucks have been in great form lately as they’ve won eight of their last nine games and they will be gunning for a fifth straight victory after blowing past the Pistons in a 121-98 home win on Tuesday. Brook Lopez drained seven 3-pointers to lead the team with 25 points, Khris Middleton added 22 points on nine of 14 shooting, Eric Bledsoe scored 18 points with six assists while Giannis Antetokounmpo chipped in with 15 points, eight rebounds and seven assists. As a team, the Bucks shot a sizzling 59 percent from the field while holding the Pistons to just 38 percent shooting as they led by 16 points at halftime before making it a blowout in the second half. With the easy win, Milwaukee improved to 26-10 overall and 17-3 at home.

The Bucks won all three meetings against the Hawks last season, they’ve been in great form lately and they’re up against a slumping Hawks team who are without key players in Kent Bazemore and Taurean Prince. It’s hard to see anything but a win for the Bucks here, but the bookies aren’t giving the Hawks any respect so I’m taking the free points in a game I’d rather stay away from.