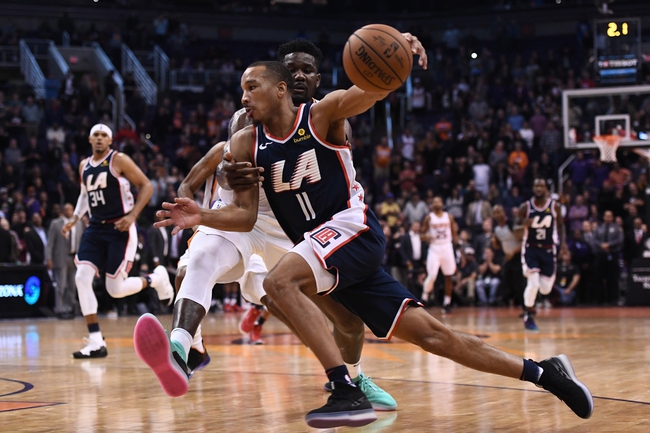 The Phoenix Suns play host to the Los Angeles Clippers at the Talking Stick Arena on Friday night.

The Los Angeles Clippers have been in a bit of a rut as they’ve lost seven of their past 11 games and they will be hoping to avoid a third straight defeat after falling to the 76ers in a 119-113 home loss on Tuesday. Lou Williams led the team in scoring with 22 points, Tobias Harris and Danilo Gallinari each scored 21 points while Montrezl Harrell chipped in with 20 points and 10 rebounds. As a team, the Clippers shot 46 percent from the field and a miserly five of 25 from the 3-point line as they fell just short after cutting a 24-point deficit to just four points in the fourth quarter. With the loss, Los Angeles fell to 21-16 overall and 12-6 at home.

Meanwhile, the Phoenix Suns have been in a slump of their own as they’ve lost six of their last seven games and they will be hoping to put a halt to a four-game skid after falling to the 76ers in a 132-127 home loss on Wednesday. Devin Booker led the team with 37 points and eight assists, DeAndre Ayon added 18 points with 11 rebounds while Josh Jackson chipped in with 16 points and four assists off the bench. As a team, the Suns shot 45 percent from the field and 11 of 34 from the 3-point line but they just left themselves too much ground to make up after falling behind by 72-49 going into halftime. With the loss, Phoenix fell to 9-30 on the season and 5-15 at home where they have lost four straight and eight of their last 10.

The Clippers were one of the hottest teams at the start of the season but they have really cooled off with seven losses in their last 11 games. The Suns have had very few bright spots this season, they are 4-12 ATS in their last 16 home games and 1-5 ATS in the last six meetings against LA. The Clippers currently hold a 10-game win streak over the Suns and they’ve already beaten them twice this season. With that being said, I’m taking LA to get the win and cover in this one.