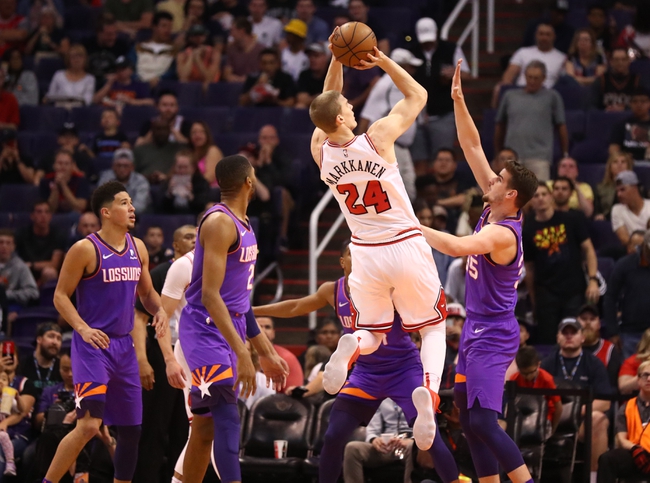 The Phoenix Suns and Chicago Bulls meet Saturday in NBA action at the United Center.

The Phoenix Suns are on the end of a back to back and aren't a team I get behind often. However, the Chicago Bulls are a banged up team that's lost seven straight and is losing their last five games by an average of 12.4 points while allowing 52.9 percent shooting from the field. The Bulls are a mess right now and can't be trusted at all. The Phoenix Suns at least compete in their losses and have a healthier roster. Give me the Suns in this near pick em contest.