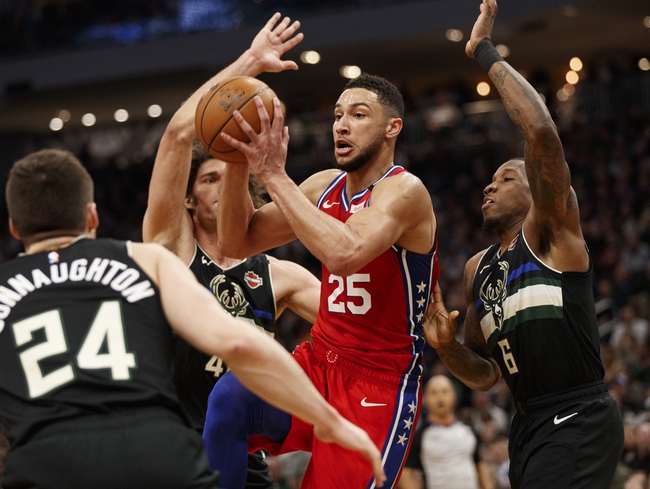 The Milwaukee Bucks play host to the Philadelphia 76ers at the Fiserv Forum on Saturday night.

The Philadelphia 76ers have won 10 of their past 15 games and they will be gunning for a fifth straight victory after taking down the Nets in a 112-104 overtime home win on Thursday. Joel Embiid led the team with 39 points, 16 rebounds and two blocks, Tobias Harris added 22 points with 12 rebounds and six assists while Alec Burks chipped in with 19 points off the bench. As a team, the 76ers shot 44 percent from the field and a miserly four of 22 from the 3-point line as they fell into an early 20-point deficit, before squandering a 16-point lead of their own. However, the 76ers were clinical in the overtime period, particularly on the defensive end as they outscored the Nets by 9-1 in overtime to win easily in the end.

Meanwhile, the Milwaukee Bucks have been on an absolute tear lately as they’ve won 15 of their last 17 games and they will be looking to stay hot after blowing past the Pistons in a 126-106 road win on Thursday. Giannis Antetokounmpo led the team with 33 points, 16 rebounds and four assists, Khris Middleton added 28 points on 11 of 18 shooting, Eric Bledsoe scored 19 points while Brook Lopez chipped in with 18 points. As a team, the Bucks shot 50 percent from the field and 10 of 33 from the 3-point line as they set the tone with their defense to hold the Pistons to just 18 points in the first quarter, before cruising in the second half after taking a 29-point lead going into halftime.

Head to head, the over is 6-1 in the last seven meetings overall and the 76ers are 1-4 ATS in the last five meetings in Milwaukee.

The 76ers played well to take down the Nets in overtime on Thursday without the services of Ben Simmons, but the good news is that he is listed as probable to return for this one. The Bucks have been the benchmark of the league all season, they’re coming into this one with plenty of momentum and they have been tough to beat at home. The 76ers are only 1-4 ATS in the last five meetings in Milwaukee and I think that trend continues here as I have the Bucks staying hot with a win and cover here.