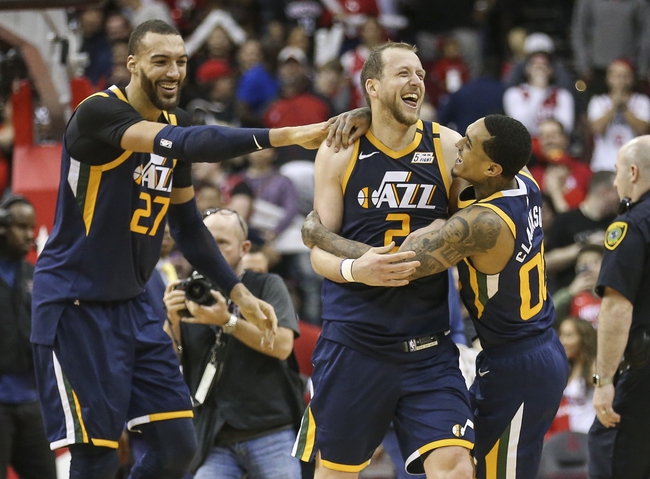 The Houston Rockets pay a visit to the Utah Jazz at the Vivint Smart Home Arena on Saturday night.

The Houston Rockets have been in great shape as they’ve won nine of their past 13 games and they will be aiming for a third straight victory after blowing past the Warriors in a 135-105 road win on Thursday. James Harden led the team with 29 points and 10 assists, Russell Westbrook added 21 points with 10 assists while Robert Covington chipped in with 20 points and four blocks. As a team, the Rockets shot a healthy 52 percent from the field and a sizzling 25 of 49 from the 3-point line as they absolutely cruised to victory after storming out of the gates to a 21-point lead at the end of the first quarter. Eric Gordon was ruled out for Thursday with a lower leg injury and his status for Saturday is unclear.

Meanwhile, the Utah Jazz were rode a four-game win streak heading into the All-Star break, but they’re suddenly looking to bounce back after getting stopped by the Spurs in a 113-104 home loss last night. Rudy Gobert led the team with 18 points, 14 rebounds and two assists, Emmanuel Mudiay added 18 points off the bench while Jordan Clarkson and Bojan Bogdanovic each scored 15 points. As a team, the Jazz shot 42 percent from the field and 12 of 33 from the 3-point line, but they were always fighting an uphill battle after a slow start had them trailing by 19 points going into halftime. Donovan Mitchell finished the game with just 12 points on five of 14 shooting, Bogdanovic shot just three of 13 while Mike Conley was rested for the game.

The Rockets seem to be in a groove as their small ball tactics seem to be translating into wins, while the Jazz were in great form heading into the break before getting stopped by the Spurs last night. The Rockets are 9-2 ATS in their last 11 games against a team above .600 and they are 7-2 ATS in the last nine meetings in Utah. With that being said, I’m tempted to go with the Jazz, but playing the Rockets on the second night of a back to back set is tough. I’m taking the Rockets to come away with the win in this one.