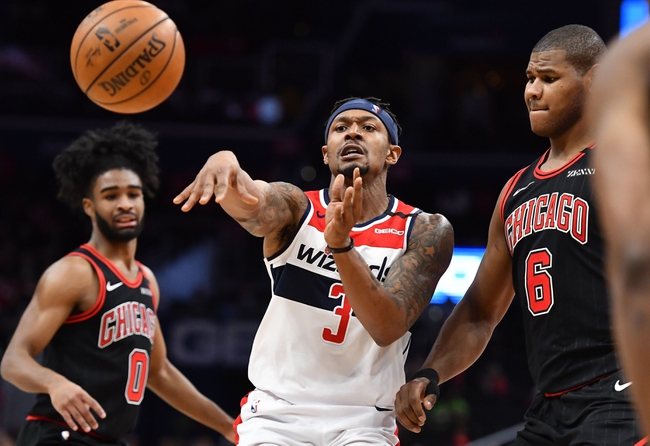 The Washington Wizards and the Chicago Bulls duke it out at the United Center on Sunday night.

The Washington Wizards have been in decent shape as they’ve won five of their past eight games, but they are coming into this game looking to bounce back after having their two-game win streak halted by the Cavaliers in a 113-108 home loss on Friday. Bradley Beal led the team with 26 points on just nine of 28 shooting, Rui Hachimura added 17 points with seven rebounds while Troy Brown Jr. chipped in with 11 points off the bench. As a team, the Wizards shot just 38 percent from the field and nine of 37 from the 3-point line as they stormed out of the gates with 41 points in the first quarter, but they couldn’t maintain that pace throughout as they managed just 42 points in the second half.

Meanwhile, the Chicago Bulls have been in a slump as they’re coming into this one riding an eight-game losing streak after last night’s 112-104 home loss to the Suns. Coby White drained seven 3-pointers to lead the team with 33 points off the bench, Zach LaVine added 20 points with five assists while Thaddeus Young and Ryan Arcidiacono each scored 13 points. As a team, the Bulls shot 43 percent from the field and 14 of 38 from the 3-point line as they came out strong with 57 points in the first half to lead by as many as 17 points, before the Suns flipped the script with 65 points in the second half to escape with the win.

Head to head, the over is 11-4-1 in the last 16 meetings in Chicago and the Wizards are 1-4 ATS in the last five meetings overall.

The Wizards have been inconsistent all season, but they’ve actually found a bit of form lately with five wins in their past games, while the Bulls just haven’t been able to overcome their injuries as they stumble into this one on an ugly losing streak. The Wizards are just 1-4 ATS in the last five meetings overall, but against this slumping Bulls team playing on zero day’s rest, I think the Wizards will be good enough to get the win in this one.