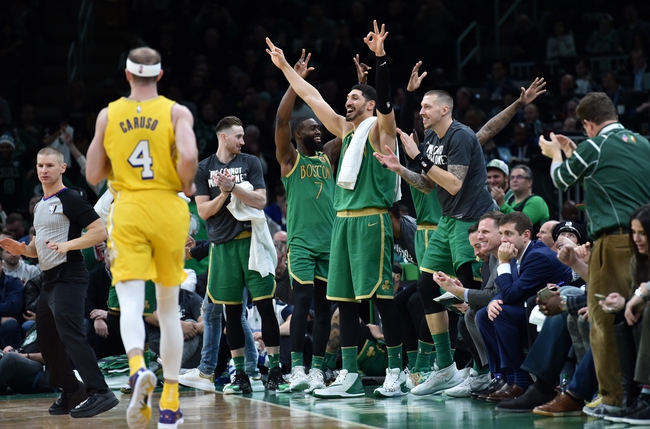 The Boston Celtics and Los Angeles Lakers meet Sunday in NBA action at the Staples Center.

The Los Angeles Lakers will be eager for a revenge spot after getting rocked by the Celtics about a month ago, and they should like their chances with Boston being without Kemba. The Lakers are winning at home by an avrage of 9.9 points, and they're on fire offensively with 50.3 percent shooting in their last five games. To hang around with this Lakers team on the road, the Celtics need to be at full strength, and they're short their star point guard. I'll eat the reasonable chalk.