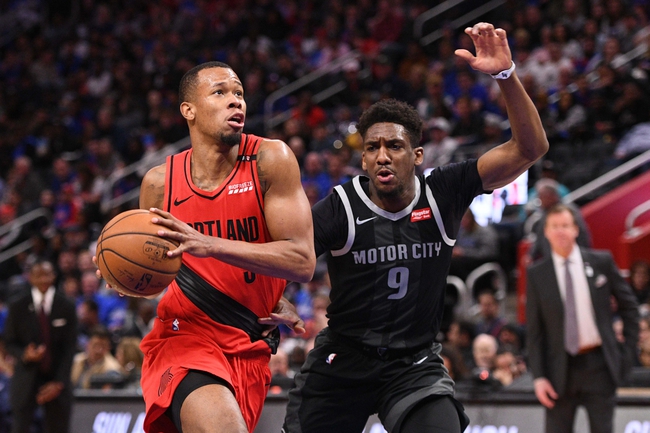 The Detroit Pistons pay a visit to the Portland Trailblazers at the Moda Center on Sunday night.

The Detroit Pistons have been mired in a serious slump as they’ve lost 11 of their last 13 games and they will be hoping to avoid a sixth straight defeat after getting thrashed by the Bucks in a 126-106 home loss on Thursday. Christian Wood led the team in scoring with 18 points and 11 rebounds off the bench, Bruce Brown added 16 points with 10 rebounds and seven assists while Derrick Rose and Langston Galloway each scored 12 points. As a team, the Pistons shot 48 percent from the field and 13 of 37 from the 3-point line, but the Pistons were always fighting a losing battle after a slow start had them trailing by 70-41 going into halftime.

Meanwhile, the Portland Trailblazers have been in a bit of a rut as they’ve lost five of their last seven games and they will be hoping to put an end to a three-game slide after falling to the Pelicans in a 128-115 home loss on Friday. CJ McCollum led the team with 27 points and 10 assists, Carmelo Anthony added 20 points on six of 17 shooting, Hassan Whiteside added 19 points with 12 rebounds and six blocks while Garrett Trent Jr. chipped in with 15 points. As a team, the Trailblazers shot 45 percent from the field and 10 of 27 from the 3-point line but without their leading scorer Damian Lillard, they just couldn’t keep the pace with the Pelicans who exploded for 73 points in the first half.

Damian Lillard has been missing from the team with a groin injury and he is expected to sit out at least another three games, so the Trailblazers will be shorthanded once again in this one. The Pistons know all about injuries to star players as they’re playing with a makeshift starting lineup, so you won’t get any sympathy from them. The Pistons are just 2-5-1 ATS in the last eight meetings in Portland and the Trailblazers are 5-1 ATS in their last six home games, so I’m leaning towards the Trailblazers to get over the line in this one.