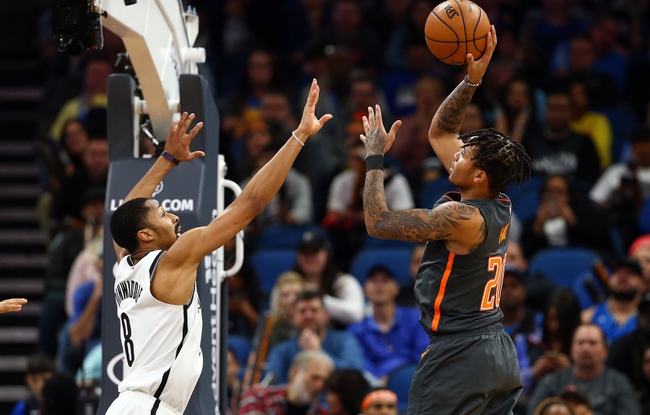 The Orlando Magic and Brooklyn Nets meet Monday in NBA action at the Barclays Center.

The Orlando Magic are piling up the losses and aren't playing much defense during this losing stretch. The Brooklyn Nets have covered 16 of their 28 home games and are winning their last five games by an average of 6.2 points despite shooting just 41.7 percent from the field. The Nets seem to play their best ball without Kyrie Irving, and they should be able to get the job done again against a Magic team that's falling apart. I'll gladly lay the bucket with the better team at home.