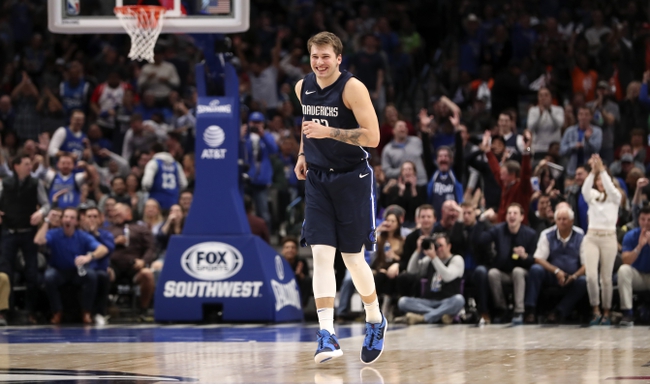 The Minnesota Timberwolves pay a visit to the Dallas Mavericks at the American Airlines Center on Monday night.

The Minnesota Timberwolves have been in a world of hurt as they’ve lost 17 of their last 18 games and they will be hoping to avoid a fifth straight defeat after falling to the Nuggets in a 128-116 road loss on Sunday. Kelan Martin led the team with 21 points on seven of 15 shooting, Malik Beasley added 17 points with eight rebounds while Jordan McLaughlin chipped in with 15 points and 10 assists. As a team, the Timberwolves shot 44 percent from the field and 14 of 40 from the 3-point line, but the problems were on the defensive end as they were always fighting an uphill battle after allowing the Nuggets to pour in 73 points in the first half and finish with 58 percent shooting from the field.

Meanwhile, the Dallas Mavericks have been in decent shape as they’ve won five of their last nine games, but they are coming into this game looking to bounce back after falling short to the Hawks in a 111-107 road loss on Saturday. Tim Hardaway Jr. drained six 3-pointers to lead the team with 33 points and five assists, Seth Curry added 22 points with five assists while Delon Wright chipped in with 14 points. As a team, the Mavericks shot 44 percent from the field and 14 of 44 from the 3-point line as they jumped out to an early double-digit lead after pouring in 35 points in the first quarter, before the Hawks took over in the fourth quarter where they outscored the Mavericks by 34-21 to escape with the win behind the hot hand of Trae Young who scored 13 of his 27 points in the fourth quarter.

The Timberwolves just haven’t been able to buy a win lately and they are still without their best player in Karl-Anthony Towns, but the good news is that D’Angelo Russell is expected to return from his knee injury which is great news for the ice-cold Timberwolves. The Mavericks haven’t been playing anywhere near their best, but their best player in Luka Doncic is expected to return so I’m expecting them to rise again. The Timberwolves are only 2-6 ATS in the last eight meetings in Dallas and I think that trend continues here as the Mavericks should be too good with Doncic back on the court.