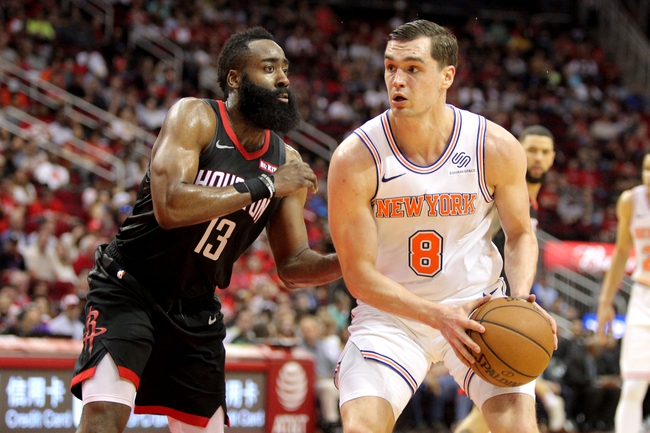 The New York Knicks and the Houston Rockets duke it out at the Toyota Center on Monday night.

The New York Knicks have been in a bit of a rut as they’ve lost seven of their past 12 games and they will be hoping to avoid a fourth straight defeat after falling to the Pacers in a 106-98 home loss on Friday. Bobby Portis led the team in scoring with 19 points on six of 11 shooting off the bench, RJ Barrett added 17 points on eight of 19 shooting while Frank Ntilikina chipped in with 14 points, but no other player finished in double figures. As a team, the Knicks shot just 43 percent from the field and 11 of 25 from the 3-point line as they started well to hold the Pacers to just 15 points in the first quarter, but they just couldn’t keep up the pace as the Pacers overwhelmed them and led by as many as 22 points before easing off in the fourth quarter.

Meanwhile, the Houston Rockets have been in great form as they’ve won 10 of their past 14 games and they will be gunning for a fourth straight victory after taking down the Jazz in a 120-110 road win on Saturday. James Harden led the team with 38 points and seven assists on 13 of 23 shooting, Russell Westbrook added 34 points on 14 of 26 shooting while Eric Gordon and Ben McLemore each scored 12 points off the bench. As a team, the Rockets shot 48 percent from the field and a sizzling 20 of 48 from the 3-point line as they set the tone with 38 points in the first quarter, before taking over the game in the third quarter where they outscored the Jazz by 38-19 to lead by as many as 16 points.

These two teams have yet to meet this season, but judging on form, the Rockets are clearly the team in better form coming into this one. The Knicks have been in a rut and they could once again be shorthanded as Elfrid Payton is listed as questionable with an ankle injury while Frank Ntilikina is listed as questionable with groin soreness. The Rockets are 4-0 ATS in their last four games against a team with a team below .400, but the Knicks are 5-1 ATS in the last six meetings in Houston. This is a tone one to pick as the line is so hefty, but I still think the Rockets can make light work of the hapless Knicks who have little to play for at this stage of the season.