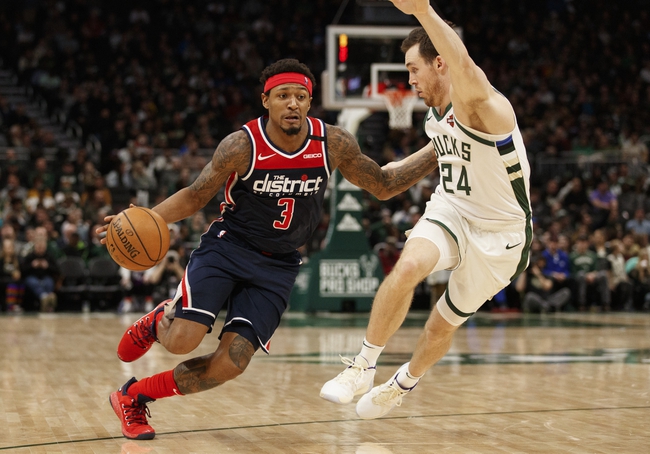 The Milwaukee Bucks and Washington Wizards meet Monday in NBA action at the Capital One Arena.

The Milwaukee Bucks beat the Wizards a couple of weeks ago by 20 points, scoring 151 points in the process. The Milwaukee Bucks are winning their last five games by an average fo 12.4 points, and they're 16-10 against the spread on the road. The Washington Wizards played last night and wasted a career game from Bradley Beal. The Washington Wizards don't play a lick of defense and they're just 4-6 against the spread as a double-digit underdog. It's a big number, but I have to eat the chalk anyway with the Milwaukee Bucks.