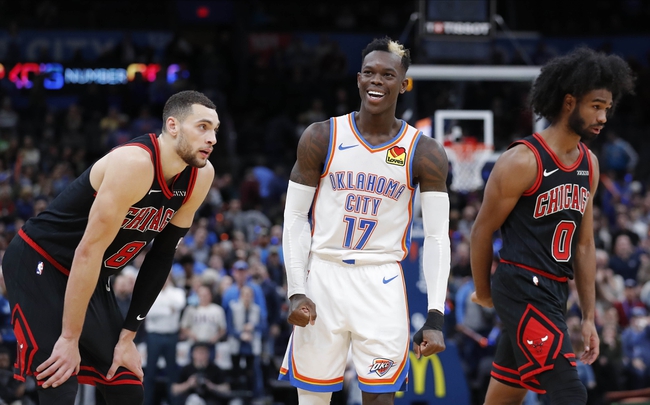 The Oklahoma City Thunder and Chicago Bulls meet Tuesday in NBA action at the United Center.

The Chicago Bulls arent playing a lick of defense during this losing stretch and they're a rough 12-18 against the spread at home. The Oklahoma City Thunder are gaining more and more confidence down the stretch, are winning their last five games by an average of 7.2 points and are a ridiculous 21-5 against the spread on the road. Until th tickets stop chasing with OKC, you kind of have to keep riding the hot hand. I'll lay the chalk with OKC on the road.