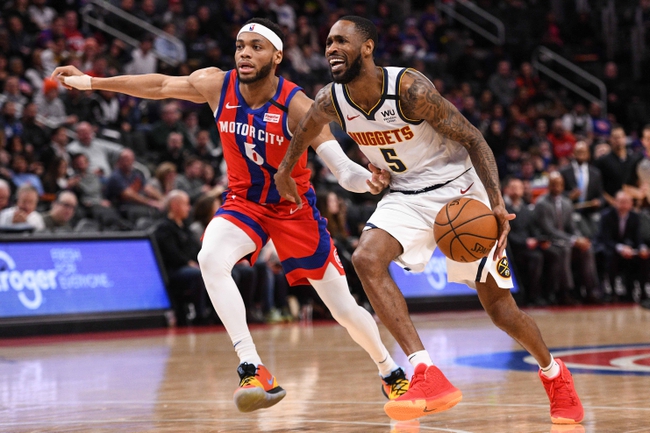 The Detroit Pistons and Denver Nuggets meet Tuesday in NBA action at the Pepsi Center.

The Detroit Pistons can't put out an NBA roster on the floor with the trade of Reggie Jackson, Andre Drummond and the injuries to other key players. The Pistons are losing their last five games by an average of 8.2 points and are 11-16-1 against the spread on the road. The Denver Nuggets are just 3-7 against the spread as a double-digit favorite, but they play their best ball at home and they're playing their best ball of the season right now. It's the Denver Nuggets or pass, as backing the Pistons isn't something I can do with them in their current form.