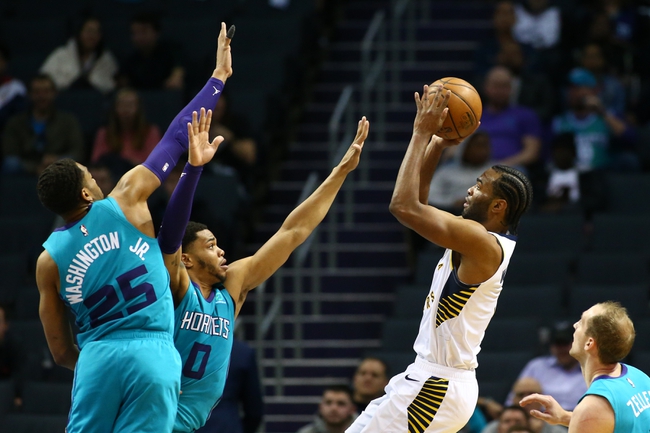 The Charlotte Hornets and Indiana Pacers meet Tuesday in NBA action at the Bankers Life Fieldhouse.

The Indiana Pacers have done nothing as of late to deserve laying double-digit chalk, and now there's news of Jeremy Lamb being out for the year with a serious knee injury. The Indiana Pacers are losing their last five games by an average of 7.8 points and were just on the end of one of the bigger blowout losses in recent memory. The Charlotte Hornets have issues of their own, but I'm not siding the Pacers and a line this big. Can't happen.