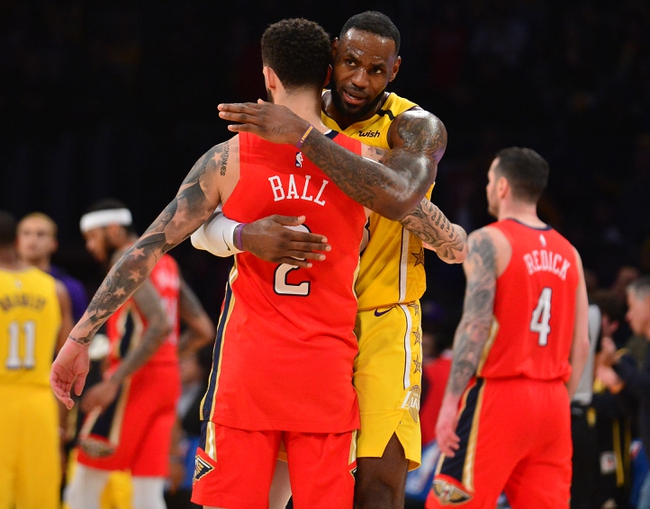 The New Orleans Pelicans invade the Staples Center to duke it out with the Los Angeles Lakers on Tuesday night.

The New Orleans Pelicans have been in great shape as they’ve won eight of their past 11 games and they will be aiming for a third straight victory after taking down the Warriors in a 115-101 road win on Sunday. Zion Williamson led the team with 28 points on 13 of 20 shooting, Jrue Holiday added 23 points with seven rebounds and 15 assists while Brandon Ingram chipped in with 17 points and five assists. As a team, the Pelicans shot 46 percent from the field and 17 of 42 from the 3-point line as they fell behind by 10 points going into halftime, before taking over the game in the second half where they outscored the Warriors by 69-45 to win easily after trailing for most of the game.

Meanwhile, the Los Angeles Lakers have been in great shape as they’ve won seven of their past right games and they will be aiming for a sixth straight victory after sneaking past the shorthanded Celtics in a 114-112 home win on Sunday. Anthony Davis led the team with 32 points, 13 rebounds and three assists, LeBron James added 29 points with eight rebounds and nine assists while Kyle Kuzma chipped in with 16 points off the bench. As a team, the Lakers shot 45 percent from the field and 11 of 34 from the 3-point line as they found themselves in a real battle with the Celtics right till the end, until James and Davis combined to score the Lakers’ last 19 points to sneak over the line against a resilient Celtics team playing without Kemba Walker.

The Pelicans have been a team on the rise ever since they got Williamson on the court and they will be feeling good after coming back to beat the Warriors on Sunday, while the Lakers have been on a tear for a while and are coming off a nice win over the surging Celtics. The Pelicans are 12-3-2 ATS in their last 17 road games and I think they will be up for this one as I’m expecting big games from Williamson and Ingram. Give me the Lakers to get the win, but I’m sticking with the Pelicans to earn the cover here.