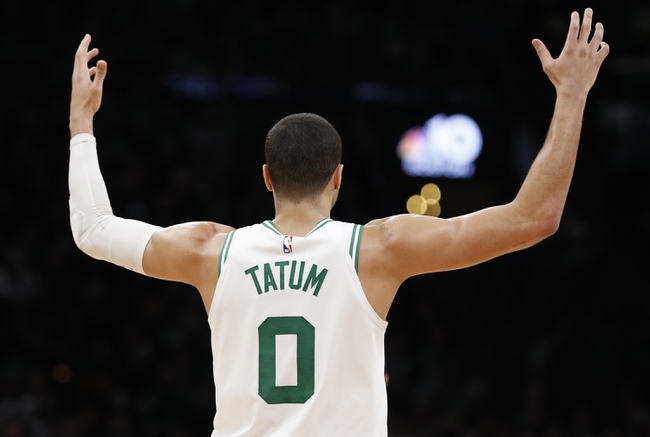 The Portland Trailblazers play host to the Boston Celtics at the Moda Center on Tuesday night.

The Boston Celtics have been in great shape as they’ve won 12 of their past 15 games, but they are coming into this one looking to bounce back after falling just short against the Lakers in a 114-112 road loss on Sunday. Jayson Tatum put on a show as he led the team with 41 points on 12 of 20 shooting, Jaylen Brown added 20 points while Daniel Theis chipped in with 16 points on six of seven shooting. As a team, the Celtics shot 45 percent from the field and 13 of 34 from the 3-point line as they hung with the red-hot Lakers from start to finish, despite playing without their starting point guard in Kemba Walker who has been out with a sore left knee and has already been ruled out for Tuesday.

Meanwhile, the Portland Trailblazers have been in a bit of a rut as they’ve lost four of their last six games, but they will be aiming to build some momentum after snapping a three-game skid with a 107-104 home win on Sunday. CJ McCollum led the team with 41 points, nine rebounds and 12 assists, Carmelo Anthony added 32 points on 11 of 16 shooting, while Hassan Whiteside chipped in with 16 points, 17 rebounds and four blocks but no other player finished in double figures. As a team, the Trailblazers shot 48 percent from the field and 13 of 30 from the 3-point line as they set the tone with 40 points in the first quarter to lead by as many as 19 points, before holding on for the narrow win behind McCollum and Anthony who combined to score the team’s last 10 points.

Head to head, the Celtics are 13-5 ATS in the last 18 meetings in Portland.

The Celtics showed plenty of fight against the Lakers in their loss on Sunday but they will once again be without Walker who has been ruled out with a sore left knee. The Trailblazers have had to deal with injuries of their own, but they were in a bit of a funk before snapping out of it with a close call on Sunday. This should be a close one, but the Celtics are 13-5 ATS in the last 18 meetings in Portland and they’ve been on fire lately, so I’m taking the Celtics to get the win and cover here.