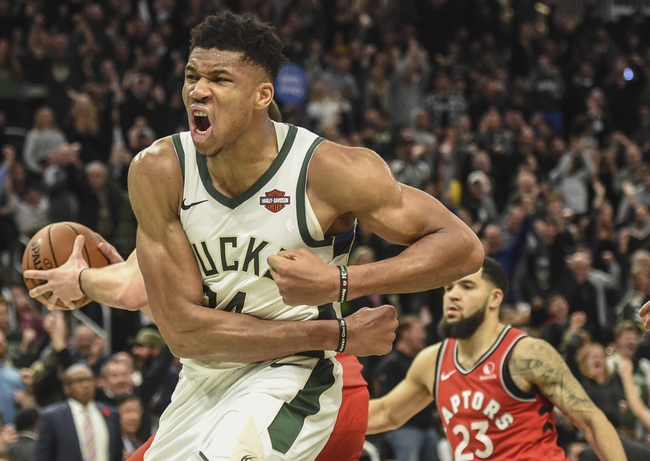 The Milwaukee Bucks and Toronto Raptors meet Tuesday in NBA action at the Scotiabank Arena.

The home team has won six of the last seven meetings between the Raptors and Bucks. The Milwaukee Bucks have been the most consistent team in the league, but Toronto is a tough spot to play on the end of a back to back, and they're coming off an overtime game. The Toronto Raptors haven't lost a home game in over a month where they win by an average of 9.7 points and allow 42.7 percent shooting from the field. The Toronto Raptors are 19-11 against the spread at home. I'll take the rested Raptors at home in the intriguing matchup.