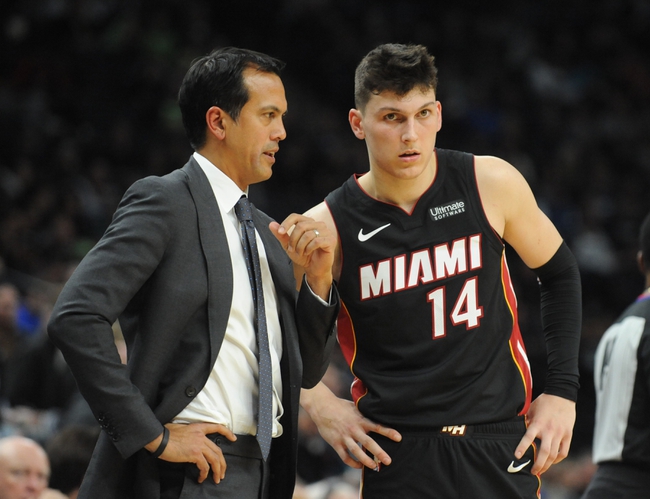 The Minnesota Timberwolves and Miami Heat meet Wednesday in NBA action at the AmericanAirlines Arena.

The Miami Heat aren't a team I'm trying to lay big chalk with given their current form, but they are still one of the best home teams in the league where they win by an average of 10.9 points and are 18-7-1 against the spread. The Minnesota Timberwolves continue to get rocked left and right, and despite them getting a bunch of points, they're a horible 19-35-2 against the spread on the season. For me, it's either the Miami Heat and the big number or pass. Backing the Minnesota Timberwolves isn't an option these days.