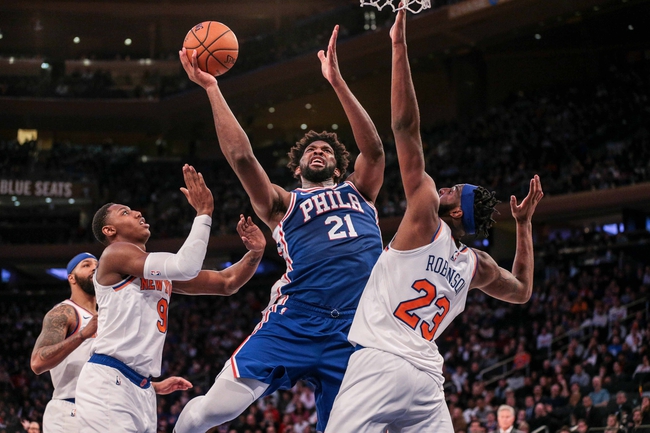 The New York Knicks have played better basketball as of late and are a profitable team this season with them being 16-12-1 against the spread on the road and 30-26-1 against the spread on the season. The Philadelphia 76ers just lost to the Cleveland Cavaliers last night and will now be without Embiid and Simmons for this contest. I'm not sure how anybody lays chalk with the 76ers given their current form and the injuries to their two best players. Give me the Knicks and the free buckets.