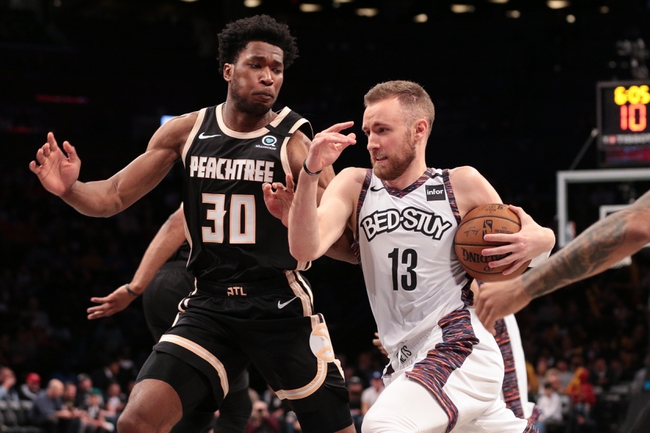 The Brooklyn Nets and Atlanta Hawks meet Friday in NBA action at the State Farm Arena.

The Brooklyn Nets have won nine of the last 10 meetings against the Hawks, not losing to them since December of 2017. The Nets are just 11-17 against the spread on the road while the Hawks are 17-11-1 against the spread at home and have won six of their last eight home games overall. With that said, the Nets are the better team and playing the better basketball. The Atlanta Hawks are losing their last five games by an average of eight points while allowing 47.3 percent shooting from the field and 35.7 percent shooting from deep. I want the better team and the small chalk.