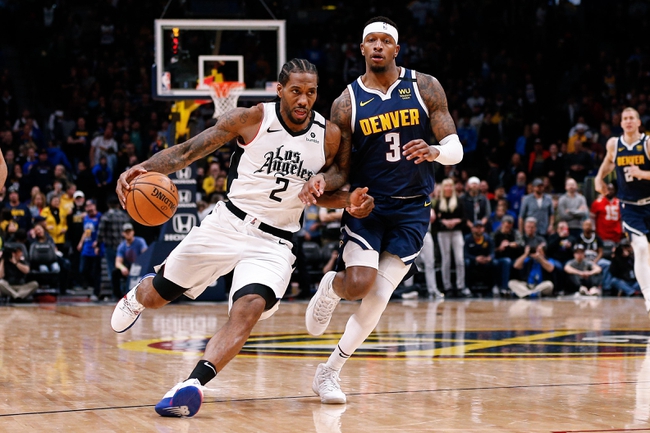 The Los Angeles Clippers play host to the Denver Nuggets at the Staples Center on Friday night.

The Denver Nuggets have been in great form as they've won six of their past eight games and they will be aiming for a third straight victory after making light work of the Pistons in a 115-98 home win on Tuesday. Jerami Grant led the team with 29 points on 12 of 15 shooting off the bench, Nikola Jokic added 16 points with four assists while Jamal Murray chipped in with 16 points and eight assists. As a team, the Nuggets shot a healthy 57 percent from the field and nine of 19 from the 3-point line as they took a 10-point lead into halftime, before pulling away in the fourth quarter where they poured in 33 points.

Meanwhile, the Los Angeles Clippers have been a little inconsistent lately as they've lost four of their last six games, but they will be gunning for a third straight victory after taking down the Suns in a 102-92 road win on Wednesday. Kawhi Leonard led the team with 24 points, 14 rebounds and five assists, Marcus Morris Sr. added 18 points while Reggie Jackson chipped in with 12 points. As a team, the Clippers shot 44 percent from the field and 14 of 38 from the 3-point line as they fell behind by 11 points early in the contest, until taking over with their defense in the second and third quarters where they held the Suns to a combined 37 points to lead by as many as 16 points. Paul George shot just four of 13 to finish with 11 points while Lou Williams scored just six points off the bench.

The Nuggets have been ticking along nicely as they’re coming into this game with plenty of momentum after blowing past the lowly Pistons on Tuesday. The Clippers have been very inconsistent lately as they’re still struggling with continuity, but we did see glimpses of their potential in their win over the Sunson Wednesday. The Nuggets are 5-1 ATS in the last six meetings overall and they have the slight advantage of an extra day’s rest, so while the Clippers are playing at home, I think the value is with the Nuggets and the points in what should be a close one.