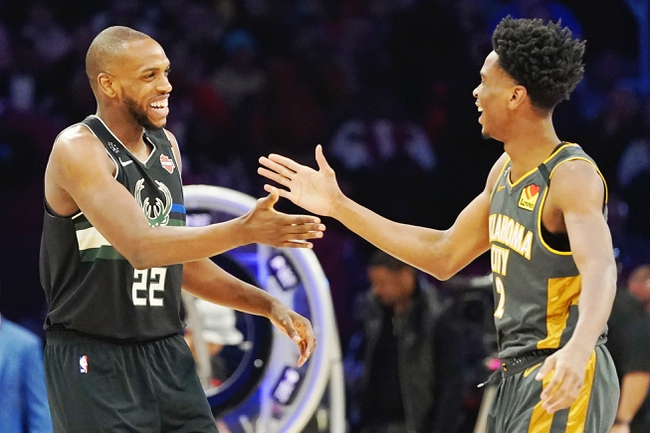 The Oklahoma City Thunder and the Milwaukee Bucks do battle at the Fiserv Forum on Friday night.

The Oklahoma City Thunder have been in great form as they’ve won nine of their last 11 games and they will be gunning for a sixth straight victory after last night’s 112-108 home win over the Kings. Danilo Gallinari led the team with 24 points on eight of 17 shooting, Shai Gilgeous-Alexander added 20 points, Chris Paul scored 17 points with seven assists while Steven Adams chipped in with 15 points. As a team, the Thunder shot 48 percent from the field and nine of 26 from the 3-point line as they looked to be in trouble after falling behind by 19 points, before taking over the game in the second half where they outscored the Kings by 62-47 to escape with the narrow win.

Meanwhile, the Milwaukee Bucks have been in red-hot form as they've won nine of their last 10 games and they will be aiming for a fifth straight victory after rolling past the Raptors in a 108-97 road win on Tuesday. Khris Miuddleton led the team with 22 points, eight rebounds and three assists, Giannis Antetokounmpo added 19 points with 19 rebounds and eight assists while Eric Bledsoe chipped in with 17 points and four assists. As a team, the Bucks shot just 38 percent from the field and 14 of 42 from the 3-point line, but they clamped down defensively and made it count in the third quarter where they outscored the Raptors by 34-19 to seize control.

The Thunder have quietly been one of the hottest teams in the Western Conference and they’re coming into this one with plenty of momentum after rallying back from a 19-point deficit last night. However, the Bucks have been the benchmark of the league since the start of the season and it doesn’t seem like they’re about to slow down after making light work of the Raptors on Tuesday. The Thunder are 7-2 ATS in the last nine meetings in Milwaukee and the Thunder are 9-0 ATS in the last nine games playing on zero days’ rest, so while I have the Bucks winning this one, I think the Thunder keep it close enough to get the cover.