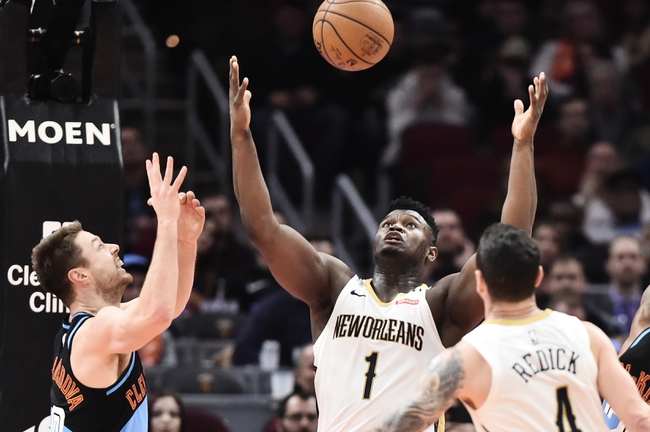 The Cleveland Cavaliers and the New Orleans Pelicans duke it out at the Smoothie King Center on Friday night.

The Cleveland Cavaliers have been quietly playing some of their best basketball of the season as they've won four of their last five games and they will be aiming for a third straight victory after beating the shorthanded 76ers in a 108-94 home win on Wednesday. Collin Sexton led the team with 28 points on nine of 16 shooting, Tristan Thompson added 14 points with 13 rebounds while Kevin Love and Larry Nance Jr. each scored 13 points. As a team, the Cavaliers shot 52 percent from the field and 11 of 24 from the 3-point line as they jumped out to an early 20-point lead before cruising in the second half to an easy win. To be fair, the 76ers were already without Ben Simmons and they lost Joel Embiid to injury in the first quarter.

Meanwhile, the New Orleans Pelicans have been in great shape as they've won eight of their past 12 games, but they will be looking to bounce back after getting stopped by the Lakers in a 118-109 road loss on Tuesday. Brandon Ingram led the team with 34 points, seven rebounds and four assists, Zion Williamson added 29 points with six rebounds while Lonzo Ball chipped in with 10 points, eight rebounds and eight assists. As a team, the Pelicans shot 45 percent from the field and eight of 27 from the 3-point line as they hung in the contest for three close quarters, but they couldn't find the open looks when they needed it most as they managed just 23 points in the fourth quarter.

The Cavaliers have really come to life over their last five games which has been a pleasant surprise and they’re coming into this game with plenty of confidence after taking down the 76ers on Wednesday. The Pelicans have been a team on the rise and they were on a nice run before getting stopped by the red-hot Lakers on Tuesday. It’s been great to see the Cavaliers put together some wins at this stage of the season, but the fact is that the Cavaliers are 1-6 ATS in the last seven meetings overall and I think their recent surge stops against the Pelicans in this one.