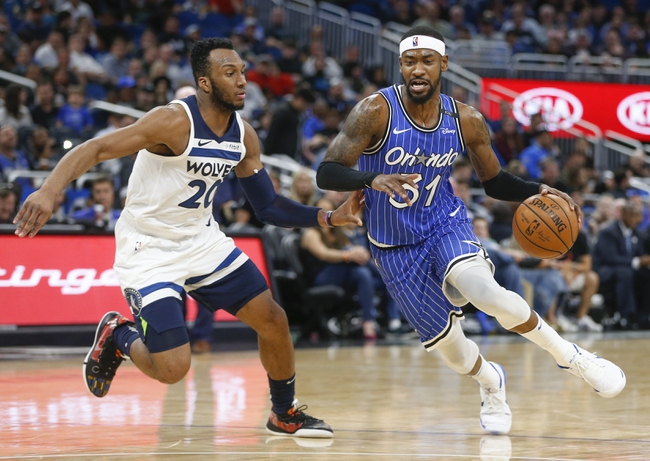 The Minnesota Timberwolves and Orlando Magic meet Friday in NBA action at the Amway Center.

The Timberwolves and Magic are averaging 239 points of offense if you combine their averages in their last five games. During that span, the Timberwolves are allowing 50.9 percent shooting from the field and 38 percent shooting from deep. The over is also 18-11 this season for the Timberwolves on the road, and the over is 5-1 in the last six meetings between Minnesota and the Magic. Instead of getting involved with big chalk and a losing team, I'm going to predict a bunch of points and side with the over in this contest.