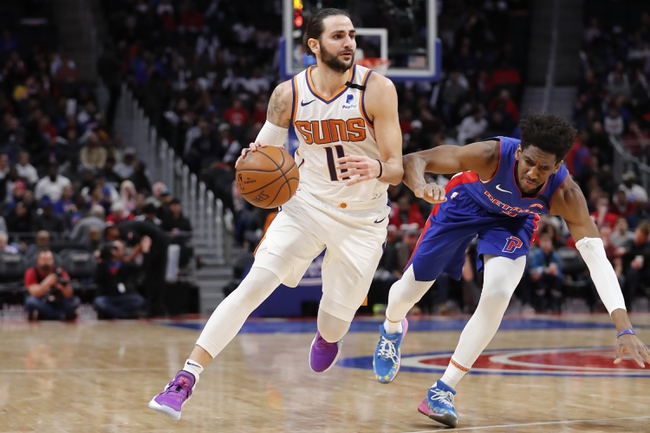 The Detroit Pistons pay a visit to the Phoenix Suns at the Talking Stick Resort Arena on Friday.

The Detroit Pistons have been in rotten form as they've lost 13 of their last 15 games and they will be hoping to avoid an eighth straight defeat after getting routed by Denver in a 115-98 road loss on Tuesday. Christian Wood and Derrick Rose each scored 20 points while Brandon Knight chipped in with 14 points and six assists off the bench. As a team, the Pistons shot just 40 percent from the field and 15 of 41 from the 3-point line as they fell behind by 13 points going into halftime, before the Nuggets made it a blowout in the fourth quarter where they scored 33 points.

Meanwhile, the Phoenix Suns have been in a bit of a rut of their own as they've lost eight of their past 12 games and they will be hoping to bounce back after getting stopped by the Clippers in a 102-92 home loss on Wednesday. DeAndre Ayton led the team with 25 points with 17 rebounds and three blocks, Ricky Rubio added 18 points with 10 assists while Devin Booker chipped in with 14 points and 10 assists. As a team, the Suns shot just 39 percent from the field and nine of 34 from the 3-point line as they jumped out to an early 11-point lead which was short lived as they were always fighting an uphill battle after the Clippers held them to just 37 points in the second and third quarters combined. Booker shot just five of 19 from the field while Dario Saric finished with just five points on one of seven shooting.

The Pistons have struggled with injuries all season and things only seem to go from bad to worse for them as they’ve lost 13 of their last 15 games. The Suns have had their own share of bad luck with injuries and they too have been struggling for wins lately, but you still expect to see them turn things around sooner rather than later with their roster almost back at full health. The Pistons are 24-8 ATS in the last 32 meetings overall, but the Suns seem closer to a resurgence and this could be a good spot for them to earn a much-needed win behind big games from Booker and Ayton.