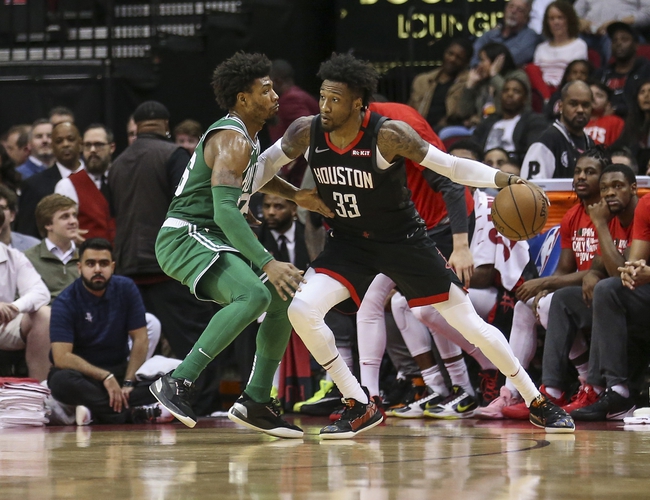 The Boston Celtics play host to the Houston Rockets at the TD Garden on Saturday night.

The Houston Rockets have been in great shape as they’ve won nine of their last 11 games and they will be aiming for a sixth straight victory after making light work of the Grizzlies in a 140-112 home win on Wednesday. Russell Westbrook led the team with 33 points, nine rebounds and eight assists, James Harden added 30 points on nine of 16 shooting while Austin Rivers chipped in with 23 points on nine of 12 shooting off the bench. As a team, the Rockets shot a healthy 55 percent from the field and 23 of 50 from the 3-point line as they poured in 73 points in the first half to lead by as many as 35 points before resting most of their starters as no one played more than Russell Westbrooks’ 34 minutes.

Meanwhile, the Boston Celtics have been in red-hot form as they’ve won 11 of their last 13 games and they will be aiming for a third straight victory after lowing past the Jazz in a 114-103 road win on Wednesday. Jayson Tatum continued his terrific form with 33 points, 11 rebounds and three assists on 13 of 20 shooting, Jaylen Brown added 20 points while Marcus Smart chipped in with 17 points and nine assists. As a team, the Celtics shot 53 percent from the field and 11 of 26 from the 3-point line as they set the tone with their defense by holding the Jazz to just 15 points in the first quarter, before running away with it in the fourth quarter where they held the Jazz to just 21 points.

Kemba Walker will not play on Saturday as he is dealing with knee soreness while the Rockets could be without Eric Gordon who is listed as questionable with a knee injury. The Rockets have been in great form as they really seem to be buying in to their small-ball tactics which has really unlocked Westbrook, but the Celtics have been just as hot lately as Tatum has been in rare form. This should be an absolute cracker as the Rockets are 4-0 ATS in the last four games against a team above .600, while the Celtics are 6-1 ATS in their last seven home games. You could make an argument for either side, but with the Celtics still shorthanded, I’m sticking with the Rockets to pull off the minor upset in this one.