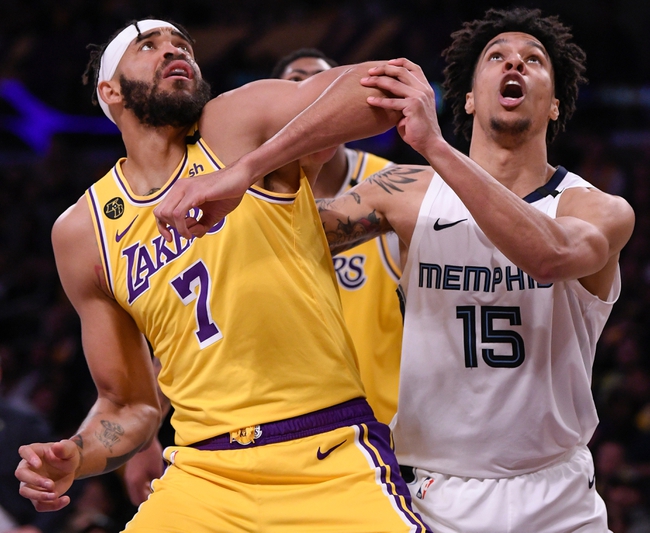 The Los Angeles Lakers and the Memphis Grizzlies duke it out at the FedExForum on Saturday night.

The Los Angeles Lakers have been in red-hot form as they’ve won nine of their last 10 games and they will be gunning for an eighth straight victory after blowing past the Warriors by 116-86 on Thursday. Anthony Davis led the team with 23 points on six of 13 shooting, Kyle Kuzma added 18 points off the bench while Dwight Howard chipped in with 13 points on four of four shooting from the field. As a team, the Lakers shot 51 percent from the field and eight of 24 from the 3-point line as they hung with the Warriors in a tightly contested first half, before taking firm control of the game in the third quarter where they outscored the Warriors by 40-17. LeBron James sat out the game with a sore groin and his status for Saturday is unclear.

Meanwhile, the Memphis Grizzlies have been in a bit of a rut as they’ve lost six of their past eight games and they will be hoping to put an end to a five-game skid after falling short to the Kings in a 104-101 home loss last night. Dillon Brooks led the team with 32 points on 12 of 22 shooting, Ja Morant added 20 points with 11 assists while Jonas Valanciunas chipped in with 13 points and a career-high 25 rebounds. As a team, the Grizzlies shot 42 percent from the field and eight of 30 from the 3-point line as they started well to lead by 12 points early on, but they found themselves in a real battle after scoring just 17 points in the second quarter.

Brandon Clarke is still out for the Grizzlies with a quadriceps injury while the Lakers could be without LeBron James and Danny Green who are both listed as questionable for Saturday. The Lakers have continued to roll through opponents, but they might have to do it again without their leader in James. The Lakers are 2-6 ATS in the last eight meetings in Memphis, but with the line so short, I’m sticking with the Lakers to stay hot with a win and cover here.