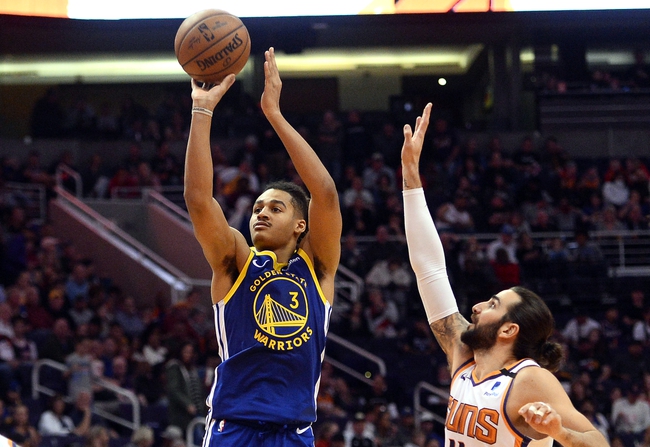 The Phoenix Suns play host to the Golden State Warriors at the Talking Stick Resort Arena on Saturday night.

The Golden State Warriors have been in a world of hurt lately as they’ve lost 13 of their last 15 games and they will be hoping to put a halt to an eight-game losing streak after Thursday’s 116-86 home loss to the Lakers. Eric Paschall led the team with 23 points on seven of 14 shooting off the bench, Jordan Poole added 16 points with eight assists while Damion Lee chipped in with 15 points, six rebounds and four assists. As a team, the Warriors shot 42 percent from the field and nine of 32 from the 3-point line as they looked to be in the contest with the Lakers, until the third quarter where they were outscored by 40-17 as they finished with a total of 26 turnovers which was converted into 24 points.

Meanwhile, the Phoenix Suns have been in a bit of a rut as they’ve lost nine of their past 13 games and they will be hoping to avoid a third straight defeat after falling painfully short to the Pistons in a 113-111 home loss last night. Devin Booker led the team with 26 points with six assists, DeAndre Ayton added 20 points with 10 rebounds and three assists on 10 of 12 shooting while Ricky Rubio chipped in with 16 points and 13 assists. As a team, the Suns shot a sizzling 60 percent from the field and nine of 23 from the 3-point line, but they were their own worst enemy as they committed 18 turnovers and no one could contain the Pistons’ Derrick Rose who poured in 31 points on 15 of 24 shooting.

These two squads have already met three times this season with the Suns leading the series by 2-1 after beating the Warriors by 112-106 back on Feb 12. The Warriors haven’t improved since the last meeting as they’re now without D’Angelo Russell, while the Suns showed some signs of life before dropping their last two games. The Warriors are 5-1 ATS in the last six meetings in Phoenix, but they’ve just been ice-cold lately, so this looks like a good a spot as any for the Suns to get back into the win column.