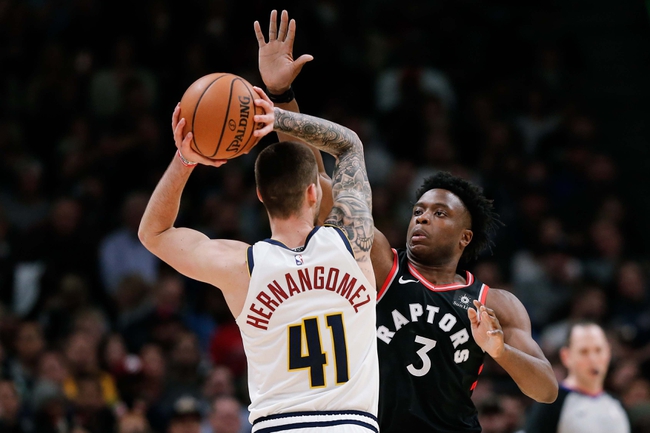 The Toronto Raptors and Denver Nuggets meet Sunday in NBA action at the Pepsi Center.

You don't see the Toronto Raptors in the underdog role often, so there's some value to the points here, but I can't pull the trigger given all the injuries they have right now. The Denver Nuggets are also a consistent home team where they win by an average of 6.2 points and shoot 47.8 percent from the field. The Raptors have found ways to win all season long, but the injuries will likely be too much against a Denver team that's a tough out at home.