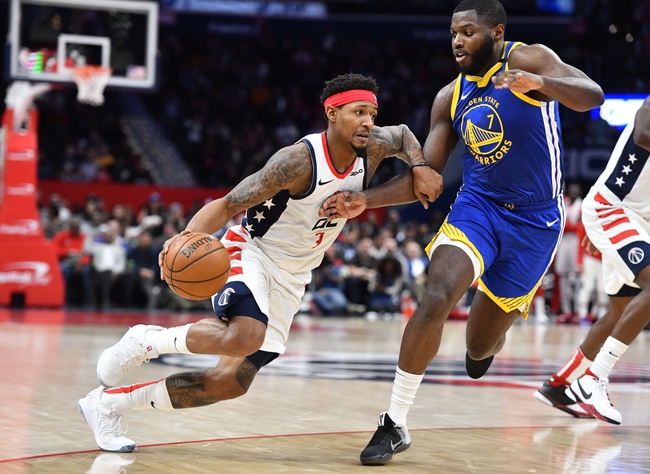 The Golden State Warriors play host to the Washington Wizards at the Chase Center on Sunday night.

The Washington Wizards have been in a bit of a rut as they’ve lost four of their last five games and they will be hoping to bounce back after getting stopped by the Jazz in a 129-119 road loss on Friday. Bradley Beal continued his red-hot form with a game-high 42 points and 10 assists on 17 of 33 shooting, Thomas Bryant added 16 points off the bench while Rui Hachimura chipped in with 15 points. As a team, the Wizards shot 45 percent from the field and 14 of 37 from the 3-point line as they took a two-point lead going into halftime, but they were in trouble after the Jazz seized control with a 32-21 third quarter push which had them trailing by as many as 15 points.

Meanwhile, the Golden State Warriors have been in rough shape as they’ve lost 13 of their last 16 games and they will be hoping to build a bit of momentum after snapping an eight-game skid with a 115-99 road win at Phoenix last night. Eric Paschall led the team with 25 points and four assists on 10 of 16 shooting off the bench, Damion Lee added 20 points with eight assists while Andrew Wiggins chipped in with 17 points, seven rebounds and five assists. As a team, the Warriors shot 47 percent from the field and nine of 30 from the 3-point line as they looked to be in serious trouble after allowing the Suns to pour in 41 points in the first quarter, but they responded well to outclass the Suns the rest of the way, especially in the second half where they outscored the Suns by 54-34.

Head to head, the over is 5-1 in the last six meetings overall.

Jordan Poole sat out last night with an ankle injury and his status for Sunday is unclear and the same goes for Draymond Green who sat out last night with knee soreness. The Wizards haven’t been able to build any momentum despite Beal stepping up his scoring production, while the Warriors have looked like the worst team in the league, except last night where they dominated the Suns after falling into an early hole. It’s hard to know what to expect from these two squads at this stage of the season, but the Warriors won the last meeting by 125-117 back on Feb 3 and I’m expecting a similar result in this one. Give me the Wizards to get the win, but I think the Warriors earn the cover in this one.