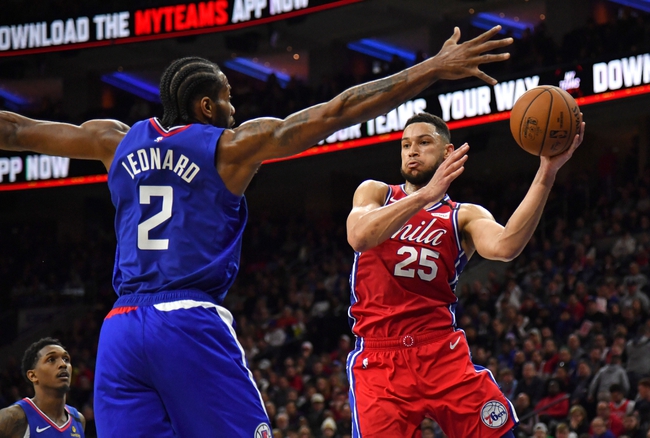 The Philadelphia 76ers and Los Angeles Clippers meet Sunday in NBA action at the Staples Center.

This is a lot of chalk to eat with an inconsistent Los Angeles Clippers team, but then you remember the road struggles of the 76ers. The Philadelphia 76ers haven't won a road game in over a month, but they're also losing on the road by an average of 5.8 points and are a brutal 7-21-2 against the spread on the road. Those things likely won't improv with Embiid and Simmons out. The Los Angeles Clippers are a profitable 8-6 against the spread as double-digit favorites as well. I'll lay the points with the home team.