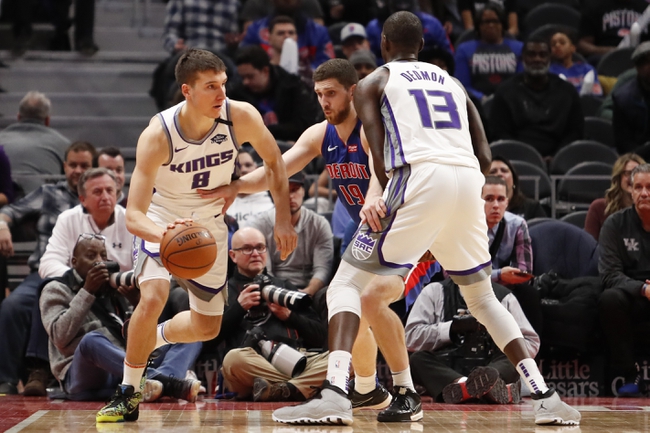 The Sacramento Kings play host to the slumping Detroit Pistons at the Golden 1 Center on Sunday night.

The Detroit Pistons have been mired in a serious slump as they’ve lost 13 of their last 16 games, but they will be looking to build some momentum after snapping a seven-game skid with a hard-fought 113-111 road win at Phoenix on Friday. Derrick Rose led the team with 31 points and four assists on 15 of 24 shooting while Christian Wood and Brandon Knight each scored 19 points. As a team, the Pistons shot 48 percent from the field and 13 of 32 from the 3-point line as they looked to be in trouble after the Suns cut an 11-point fourth quarter deficit to just two with 31 seconds remaining, before the Pistons turned to Rose who delivered with a clutch layup to seal the win.

Meanwhile, the Sacramento Kings have been in great shape as they’ve won 10 of their past 15 games and they will be looking to stay hot after sneaking past the Grizzlies in a 104-101 road win on Friday. De’Aaron Fox led the team with 25 points and five assists on 10 of 19 shooting, Harry Giles III added 16 points while Buddy Hield chipped in with 14 points off the bench. As a team, the Kingsshot just 41 percent from the field and 11 of 38 from the 3-point line as they fell into an early 12-point deficit before pouring in a combined 60 points in the second and third quarters to lead by 11 points which was enough for them to hold on for the narrow win.

The Pistons have very little going for them at this stage of the season as Blake Griffin is out for the season while Andre Drummond is long gone, but that hasn’t stopped Rose from pulling off a vintage finish in the team’s win over the Suns. The Kings have been surprisingly good lately as they’ve won 10 of their last 15 and they are 4-0 ATS in their last four home games, but they could be without Fox who is listed as questionable with right lower abdominal tightness. This should be a close one, but I have to lean towards the Kings to get the win here.