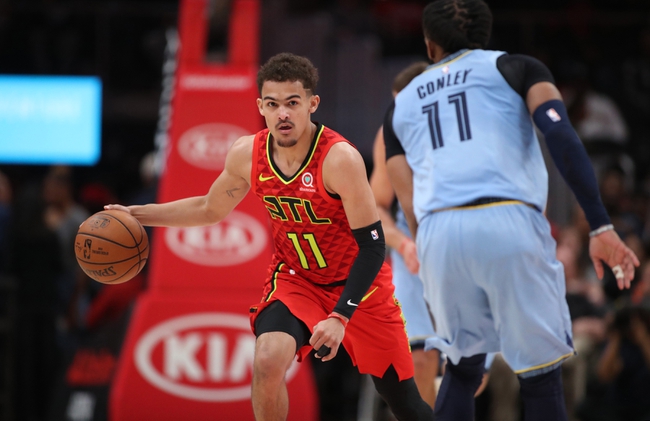 The Memphis Grizzlies and the Atlanta Hawks do battle at the State Farm Arena on Monday night.

The Memphis Grizzlies have been in a bit of a rut as they've lost six of their past nine games, but they will be aiming to build some momentum after arresting a five-game skid with a 105-88 home win over the Lakers on Saturday. Ja Morant led the team with 27 points and 14 assists, Dillon Brooks added 24 points on nine of 24 shooting while Jonas Valanciunas chipped in with 22 points and 20 rebounds but no other players finished in double figures. As a team, the Grizzlies shot 45 percent from the field and 10 of 31 from the 3-point line but this win was about their defense as they held the Lakers to just 40 percent shooting to lead by as many as 22 points before easing off in the fourth quarter.

Meanwhile, the Atlanta Hawks have been in decent shape lately as they've won four of their last six games and they will be aiming for a third straight victory after blowing past the Trailblazers in a 129-117 home win on Saturday. Trae Young led the team with 25 points and 15 assists, John Collins added 24 points with 10 rebounds and four assists while DeAndre Hunter chipped in with 22 points on eight of 12 shooting. As a team, the Hawks shot a healthy 54 percent from the field and 18 of 42 from the 3-point line as they managed just 23 points in a slow first quarter, before taking over the game with 84 points in the second and third quarters combined to lead by as many as 20 points.

Head to head, the under is 8-3 in the last 11 meetings overall and the Grizzlies are 6-13 ATS in the last 19 meetings in Atlanta.

Cam Reddish left Saturday's game with lower back pain and his status for Monday is unclear. The Grizzlies were one of the hottest teams in the league before coming back to Earth with six losses in their last nine games, while the Hawks are coming into this one looking for a third straight victory after blowing past the Trailblazers in their last outing. The Grizzlies are 0-4 ATS in the last four road games and 6-13 ATS in the last 19 meetings overall, so I'm sticking with the Hawks to continue their recent form with a win and cover here.