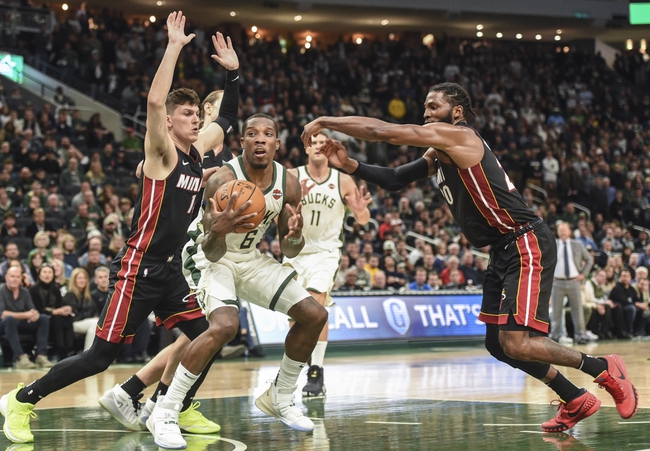 The Milwaukee Bucks and Miami Heat meet Monday in NBA action at the AmericanAirlines Arena.

The Milwaukee Bucks have been the most consistent team in the league and don't get these sort of spreads often, so it's probably a good idea to take advantage of it while you can. However, the Miami Heat have the rest advantage in this contest, and they've been one of the better home teams in the league where they win by an average of 10 points and are 19-9-1 against the spread. The Heat also beat the Bucks on the road earlier this year without Jimmy Butler. Give me the Heat and the free bucket based on their home dominance.