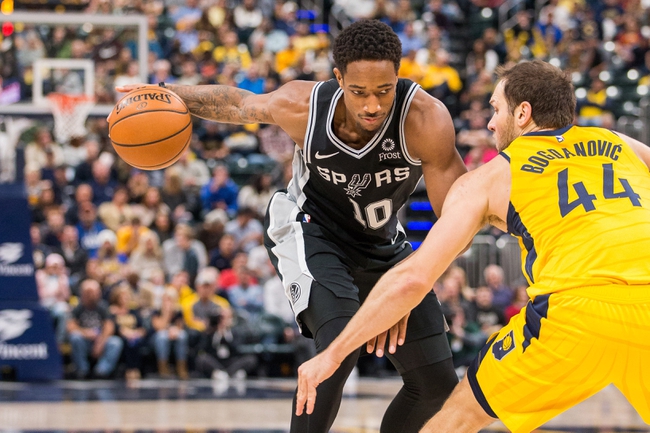 The Indiana Pacers and San Antonio Spurs meet Monday in NBA action at the AT&T Center.

The San Antonio Spurs are one of the more frustrating teams in the league, as you're never sure which team is going to show up and now Aldridge is questionable with a shoulder injury. The Indiana Pacers are starting to win games again, and they're an impressive 16-12-1 against the spread on the road. The San Antonio Spurs don't play defense and are just 9-19 against the spread at home. In a toss up contest, I'll take the Pacers, the more consistent team.