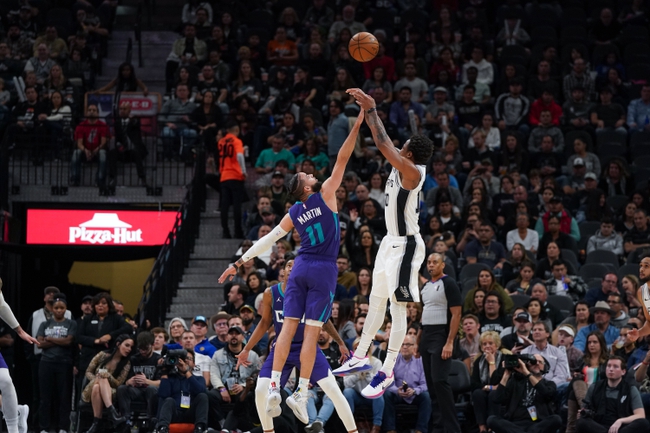 The San Antonio Spurs and Charlotte Hornets meet Tuesday in NBA action at the Spectrum Center.

The San Antonio Spurs beat the Hornets by 24 points last month, and while they've had issues all year and are on the end of a back to back, it's safe to say they're still the better team in this spot. The Charlotte Hornets play hard, but they're still one of the worst teams in the league and are losing their last five games by an average of 13.4 points while shooting 38.6 percent from the field. I don't want to back the San Antonio Spurs on the end of a back to back as much as the next guy, but they should get the victory over a struggling Hornets team.