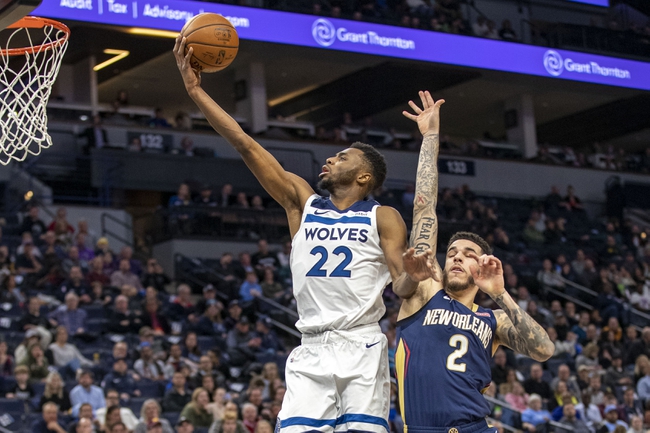 The Minnesota Timberwolves are a team we've faded all season long, and there's no reason to back down now given that they're losing their last five games by an average of 11.2 points while allowing 52.5 percent shooting from the field. The Minnesota Timberwolves are 20-37-2 against the spread on the season. The New Orleans Pelicans are playing their best ball of the season as they hope to sneak into the playoff race, and they're 6-1 against the spread this season when favored by five or more points. This is a ton of chalk to lay, but I'll play the trends and back the Pels in a blowout victory.