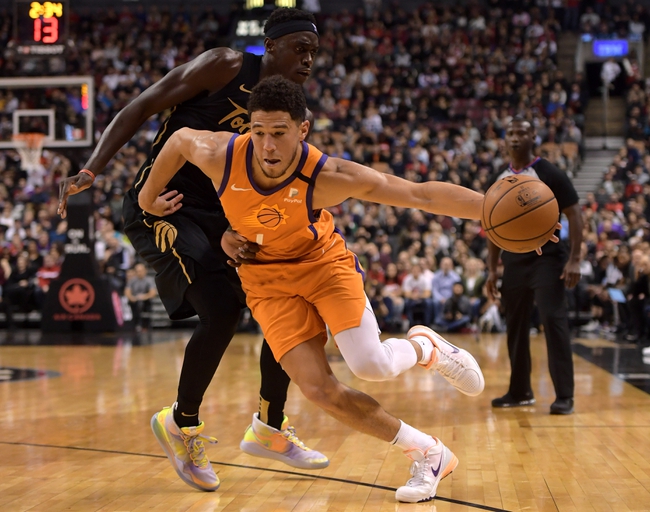 The Toronto Raptors pay a visit to the Phoenix Suns at the Talking Stick Resort Arena on Tuesday night.

The Toronto Raptors have really cooled off from their 15-game win streak, as they've lost four of their last six games and they will be hoping to avoid a fourth straight defeat after getting routed by the Nuggets in a 133-118 road loss on Sunday. OG Anunoby led the team with 32 points, seven rebounds and seven steals, Norman Powell added 24 points, Kyle Lowry scored 17 points with eight assists while Pascal Siakam chipped in with 16 points, seven rebounds and five assists. As a team, the Raptors shot 46 percent from the field and 10 of 38 from the 3-point line as they hung in the contest right until the fourth quarter where the Nuggets outscored them by 33-22 to make it a blowout after three close quarters.

Meanwhile, the Phoenix Suns have been in a rut of their own as they've lost 10 of their last 14 games and they will be hoping to avoid a fourth straight defeat after getting routed by the lowly Warriors in a 115-99 home loss on Saturday. DeAndre Ayton led the team with 20 points, nine rebounds and two blocks, Devin Booker added 21 points while Mikal Bridges chipped in with 15 points. As a team, the Suns shot 41 percent from the field and 12 of 29 from the 3-point line as they set the tone with 41 points in the first quarter to lead by as many as 19 points before the Warriors outscored them by 64-40 in the second and third quarters combined.

The Suns were one of the surprise teams at the start of the season, but they've been a real disappointment for a while now and their confidence must be low after getting thashed by the lowly Warriors on Saturday. The Raptors haven't been at their best either, but they're mostly healthy and look likely to turn things around sooner rather than later. The Raptors are only 6-20-1 ATS in the last 27 meetings overall, but with the Suns in such poor form, I think the Raptors get the win and cover here.