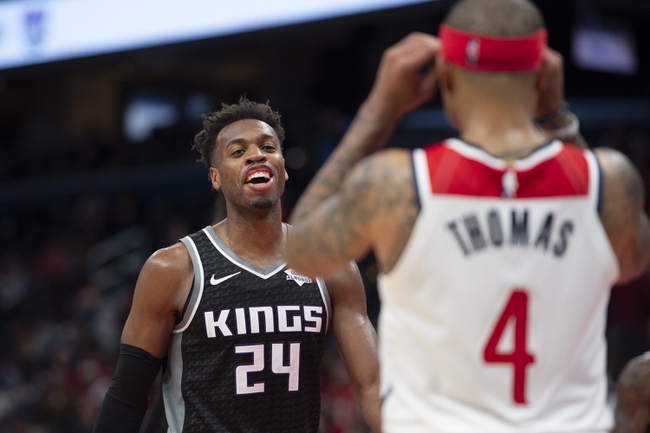 The Sacramento Kings play host to the Washington Wizards at the Golden 1 Center on Tuesday night.

The Washington Wizards have been in decent form lately as they've won split their last 10 games and they will be looking to build some momentum after blowing past the Warriors in a 124-110 road win on Sunday. Bradley Beal continued his hot form with a game-high 34 points, eight assists and five steals, Davis Bertans drained eight 3-pointers to finish with 29 points off the bench while Rui Hachimura chipped in with 15 points. As a team, the Wizards shot 48 percent from the field and a sizzling 20 of 30 from the 3-point line as they took a six-point lead into halftime, before outscoring the Warriors by 31-19 in the third quarter to cruise to an easy victory.

Meanwhile, the Sacramento Kings have been in great form lately as they've won eight of their last 11 games and they will be aiming for a third straight victory after sneaking past the Pistons in a 106-100 home win on Sunday. De'Aaron Fox led the team with 23 points and seven assists, Buddy Hield added 19 points off the bench while Bogdan Bogdanovic chipped in with 15 points and four steals. As a team, the Kings shot just 40 percent from the field and a miserly nine of 35 from the 3-point line as they rallied back from a 21-point deficit to lead by as many as 14 points, before escaping with the narrow win as the Pistons rallied late.

Head to head, the under is 5-0 in the last five meetings overall and the Wizards are 1-4-1 ATS in the last six meetings in Sacramento.

The Wizards haven't been in the best form, but they do have one constant in Beal who has been on a tear lately. The Kings have quietly been one of the hottest teams in the league, but they could be shorthanded for this one as De'Aaron Fox is listed as questionable with lower right abominal tightness. The Wizards could very well pull off the upset here, but the Kings are 6-1 ATS in their last seven games against a team with a losing record and I think that trend continues here as the Kings stay hot with a win and cover in a high-scoring affair.