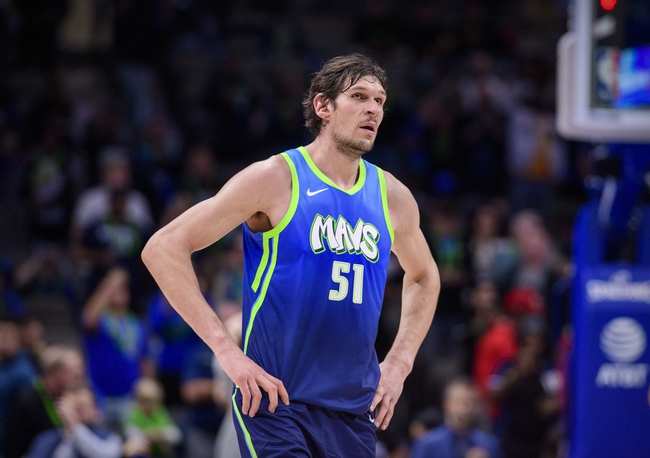 The Dallas Mavericks play host to the New Orleans Pelicans at the American Airlines Center on Wednesday.

The New Orleans Pelicans have been in good form lately as they've won six of their past 10 games, but they will be hoping to avoid a third straight defeat after last night's 139-134 home loss to the Timberwolves. Jrue Holiday led the team with a triple-double of 27 points with 10 rebounds and 12 assists, Lonzo Ball added 26 points with eight assists, Zion Williamson scored 25 points while Brandon Ingram chipped in with 24 points. As a team, the Pelicans shot 52 percent from the field and 14 of 39 from the 3-point line as they fought back into the game with 43 points in the third quarter, before getting edged out in the fourth quarter where they managed just 23 points. Defensively, the Pelicans could do little to slow down the Timberwolves who shot a healthy 55 percent from the field, but they will take confidence from their balanced offense that saw four players finish with at least 24 points.

Meanwhile, the Dallas Mavericks have been in decent shape as they've won five of their last eight games, but they are coming into this one looking to bounce back after falling painfully short to the Bulls in a 109-107 road loss on Monday. Tim Hardaway Jr. led the team with 26 points on 10 of 21 shooting, Luka Doncic added 23 points and nine assists while Dorian Finney-Smith chipped in with 18 points on seven of 10 shooting. As a team, the Mavericks shot 47 percent from the field and 12 of 42 from the 3-point line as they looked to be in control after leading by 10 points at halftime, before getting ambushed in the third quarter where the Bulls outscored them by 33-17. Despite the poor shooting, the Mavericks made their run in the fourth quarter and eventually had a shot to win it at the buzzer, but a half court heave from Doncic was just off the rim.

The Pelicans are on a bit of a slide as they've lost two in a row and they will be particularly disappointed with last night's loss to the lowly Timberwolves. The Mavericks have been building nicely, but they will be hoping to bounce back from a poor loss. Kristaps Porzingis is expected to return to the lineup after being rested on Monday and the Pelicans are only 1-5 ATS in the last six meetings overall, so I'm taking the Mavericks to bounce back here.