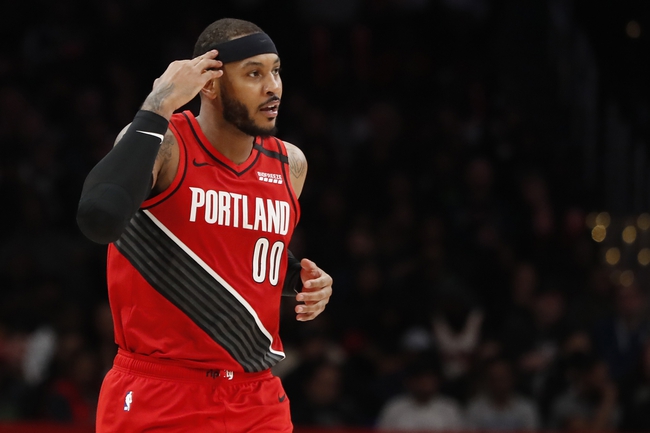 The Washington Wizards and the Portland Trailblazers duke it out at the Moda Center on Wednesday night.

The Washington Wizards have been in rough shape lately as they've lost five of their last seven games and they will be hoping to bounce back after falling short to the Kings in last night's 133-126 road loss. Bradley Beal led the team with 35 points and eight assists, Rui Hachimura added 20 points on six of nine shooting while Davis Bertans chipped in with 18 points off the bench. As a team, the Wizards shot 51 percent from the field and 16 of 38 from the 3-point line as they started slowly out of the gates and quickly found themselves in deep trouble after falling behind by 27 points at halftime, before rallying back in the third quarter to tie the game only to fall in the fourth.

Meanwhile, the Portland Trailblazers have been in rough shape lately as they've lost six of their last eight games, but they will be looking to build some momentum after putting an end to a three-game skid with a 130-107 road loss on Monday. CJ McCollum led the team with 41 points and five assists, Garrett Trent Jr. added 24 points on nine of 16 shooting while Hassan Whiteside chipped in with 16 points, 13 rebounds and two blocks. As a team, the Trailblazers shot a healthy 55 percent from the field and 16 of 33 from the 3-point line as they set the tone with 69 points in the first half, before outscoring the Magic by 38-19 in the fourth quarter to make it a blowout.

The Trailblazers haven't been anywhere near their best lately as they're really struggling with the scoring and leadership of Damian Lillard, while the Wizards have been in similar shape coming into this one. This should be a close one, so with the line being so hefty, I'm leaning towards the Wizards to get the cover in this one.