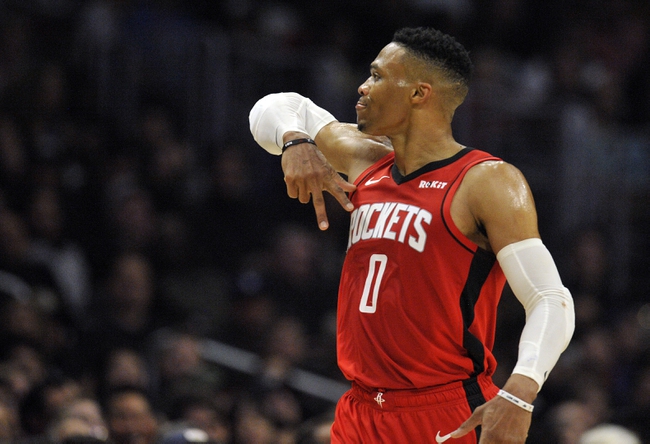 The Los Angeles Clippers and Houston Rockets meet Thursday in NBA action at the Toyota Center.

The Houston Rockets have already beaten the Clippers in two of the three meetings this season and that's without them playing the way they've played since committing 100 percent to small ball. The Rockets are winning their last five games by an average of 9.6 points while shooting 47.5 percent from the field and 36.6 percent from deep. The Los Angeles Clippers have been on a tear during this five-game winning streak, but it seems like right when you want to believe in them, they go back to resting players and looking real average for two or three games. I'm starting to buy what the Houston Rockets are selling, and at home in a statement game, I'll bet on Harden and Westbrook to get the job done.