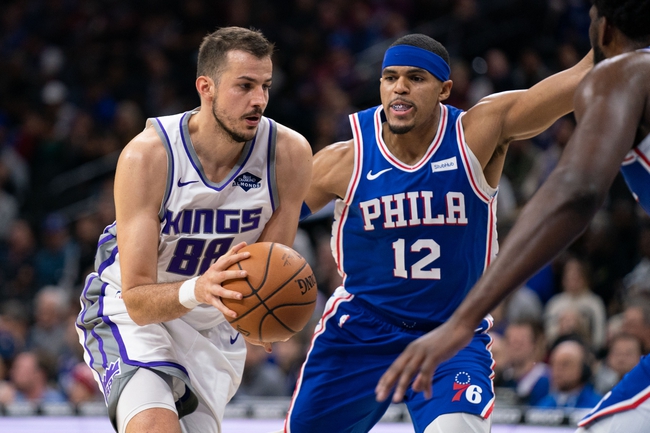 The Philadelphia 76ers and the Sacramento Kings collide at the Golden 1 Center on NBA Thursday.

The Philadelphia 76ers have been in decent shape lately as they’ve won six of their past 10 games, but they will be hoping to avoid a third straight defeat after falling to the Lakers in a 120-107 road loss on Tuesday. Glen Robinson III led the team with 25 points off the bench, Tobias Harris added 18 points while Mike Scott, Shake Milton and Alec Burks each scored 12 points. As a team, the 76ers shot 44 percent from the field and 16 of 40 from the 3-point line as they jumped out the gates to an early 13-point lead, but it was one-way traffic after the second quarter where the 76ers were outscored by 37-19 as there was no way of slowing down the Lakers’ Anthony Davis who torched them for 37 points on 13 of 19 shooting. Josh Richardson sat out on Tuesday with concussion symptoms and his status for Thursday is uncertain.

Meanwhile, the Sacramento Kings have been in great form lately as they’ve won 12 of their past 17 games and they will be gunning for a fourth straight victory after taking down the Wizards in a 133-126 home win on Tuesday. De’Aaron Fox led the team with 31 points on 12 of 19 shootng, Bogdan Bogdanovic added 21 points with four assists while Buddy Hield chipped in with 17 points and four assists off the bench. As a team, the Kings shot a healthy 56 percent from the field and 13 of 29 from the 3-point line as they set the tone with 76 points in the first half to lead by as many as 28 points, before having to regroup in the fourth quarter after the Wizards rallied to tie the game.

The 76ers have done a decent job of keeping their heads above water despite playing without their two best players in Joel Embiid and Ben Simmons, but they are coming into this one fresh off a bad loss to the Lakers and they are 5-20-1 ATS in their last 26 road games. The Kings have been flying under the radar lately despite playing some of their best basketball of the season and they are 5-1 ATS in their last six home games. This should be a close one, but I'm sticking with the Kings to continue their good form with another win and cover against the shorthanded 76ers.