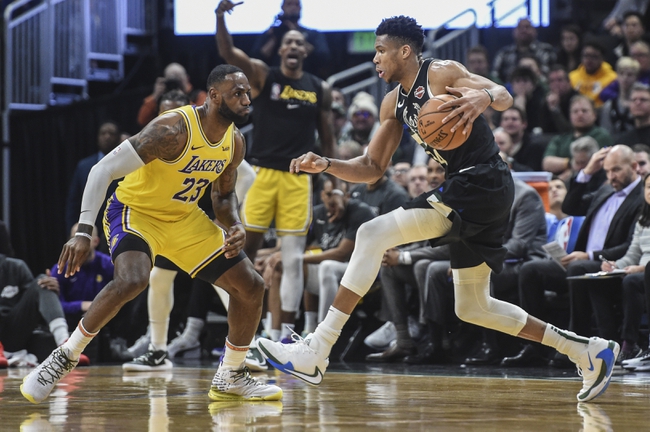 The Milwaukee Bucks and Los Angeles Lakers meet Friday in NBA action at the Staples Center.

The Milwaukee Bucks have been the most consistent team in the league, including on the road where they win by an average of 10 points, so it's tough to turn them down in even a slight underdog role. In fact, this is only the fourth time this season the Bucks have been underdogs. With that said, the Los Angeles Lakers are healthy and playing their best basketball of the season right now, which includes winning their last five games by an average of 8.6 points while shooting 48.3 percent from the field. Because the game is at the Staples Center, I'm siding with the Lakers in this near pick em.