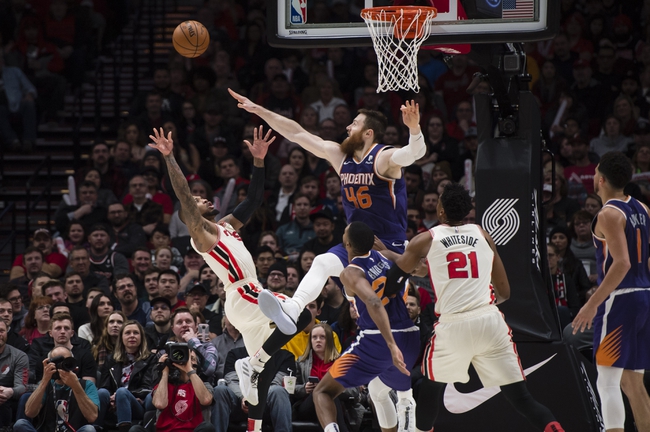 The Trail Blazers are 2-6 ATS in the last 8 meetings. The under is 4-1 in the last 5 meetings in Phoenix.

This line makes absolutely no sense to me, as the Phoenix Suns aren't a good basketball team and yet continue to get great respect from oddsmakers. I don't understand it. The Portland Trail Blazers are a veteran club that's fighting for their playoff lives and are in a decent spot with the return of Lillard. This line being a near toss up really boggles the mind. The Portland Trail Blazers here has to be one of the stronger NBA bets in quite some time.