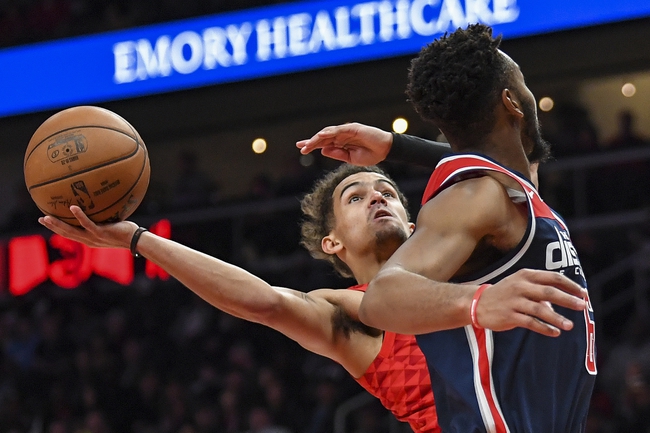 The Washington Wizards play host to the Atlanta Hawks at the Capital One Arena on Friday night.

The Atlanta Hawks have been in decent shape lately as they’ve won four of their last seven games, but they will be looking to bounce back after having their two-game win streak halted by the Grizzlies in a 127-88 home loss on Monday. Trae Young led the team with 19 points on five of 17 shooting, Kevin Huerter added 13 points with four assists while John Collins and Jeff Teague each scored 12 points. As a team, the Hawks shot a miserly 32 percent from the field and nine of 35 from the 3-point line as they trailed by just three points at halftime, before getting absolutely blown off the court in the second half where they were outscored by 75-39. Cameron Reddish sat out the game with a back injury but is listed as probable for Friday.

Meanwhile, the Washington Wizards have been in rough shape lately as they’ve lost six of their last eight games and they will be hoping to avoid a third straight defeat after getting routed by the Trailblazers in a 125-104 road loss on Wednesday. Bradley Beal led the team with 29 points and six assists on 10 of 29 shooting, Davis Bertans added 21 points off the bench while Rui Hachimura chipped in with 11 points, but no other player finished in double figures. As a team, the Wizards shot just 38 percent from the field and 11 of 35 from the 3-point line as they allowed an alarming 37 points in the first quarter, before getting blown out in the third quarter where they trailed by as many as 24 points.

Head to head, the under is 6-1 in the last seven meetings in Washington.

The Hawks were in decent form before getting destroyed by the Grizzlies on Monday while the Wizards are coming into this one off two straight losses after Wednesday's loss at Portland. The Wizards are a solid 10-4 ATS in their last 14 home games, but the Hawks have been in decent form and are 6-1 ATS in their last seven games playing on three or more days rest. With the Hawks having an extra couple days rest to mull over their 39-point loss, I think they come out firing and get the road win here.