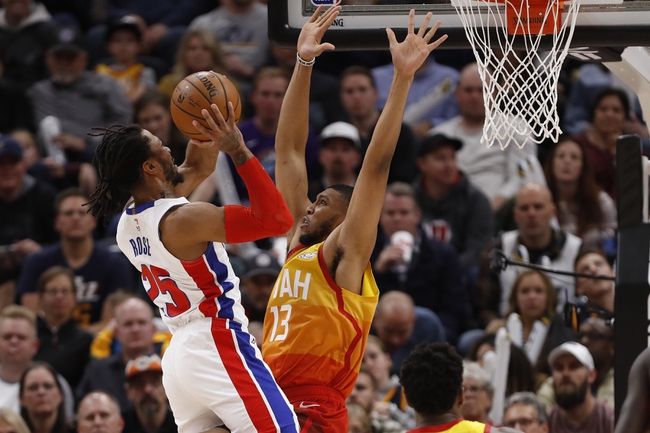 The Utah Jazz and Detroit Pistons meet Saturday in NBA action at the Little Caesars Arena.

The Utah Jazz are on the end of a back to back and haven't done well in the favorite role, but this is a game they should win comfortably. The Detroit Pistons are just an awful basketball team that can't put an NBA roster on the court, and they're 12-19 against the spread at home and 25-37-1 against the spread on the season. It's Jazz and the chalk or pass. I have little use for the Pistons right now.